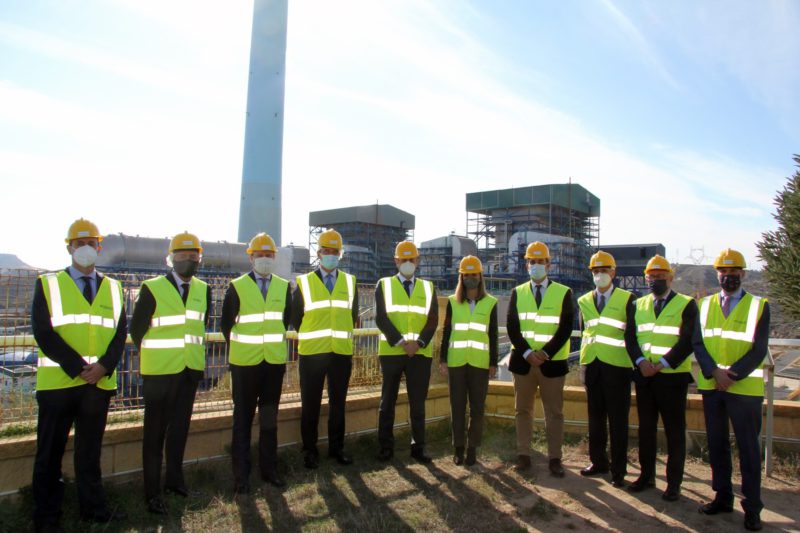 Positive impact on the community where it operates. This is one of the statements that we could apply to the international Futur-e Litoral contest that Endesa launched in December 2020 in order to seek projects that promote economic development on the land of the Litoral de Carboneras Thermal Power Plant and its port terminal, located in the Levante Almeriense, once its closure and dismantling is executed.

Through the Futur-e plans and new energy projects, Endesa promotes a just transition – a concept that emerged in the 1990s among US unions to promote an inclusive energy transition – in the surroundings of the thermal power plants that have completed its useful life.

For this reason, the Futur-e Plan for this Carboneras facility, although the company is already applying it in Compostilla (Ponferrada), Andorra and will soon take it to As Pontes (Galicia), aims to help mitigate the impact that these closures may have on the local population through four axes:

* Promotion of economic activity in the area.

* Education and training of the local population.

* Sustainability initiatives of the municipality.

Very high acceptance of the initiative

The international Futur-e Litoral competition, which has been open for almost a year, concluded last October and the balance has been very positive. Several international and national companies, public entities and individuals have presented 21 projects of interest with binding offers on an economic-financial business plan, as well as a schedule and a sustainability assessment that covers the social, occupational and environmental impact in the area. .

Of all of them, 14 projects have been received from 10 different promoters, dealing with issues related to the circular economy, aquaculture, biofuels, tourism and logistics. Their technical and economic analysis will be carried out by the University of Almería, an organization with which Endesa signed a collaboration agreement in September 2020.

These 14 projects will now have to go through the study of an evaluation table made up of the University of Almería, the City Council of Carboneras, the Junta de Andalucía, the Ministry of Ecological Transition and Demographic Challenge, the Port Authority of Almería and Endesa to analyze the suitability of the offers presented, of which their adaptation to the needs of the area, their business viability, their ability to generate employment and sustainability in the municipality will be especially valued.

This part of the process will culminate with the selection of the valid projects that will go on to the negotiation phase and signing of the agreements with the promoters.

This initiative, unique in Andalusia, responds to Endesa’s commitment to carry out a just energy transition that entails the replacement of Litoral’s generation capacity with clean and renewable technologies, as well as the generation of wealth and employment in Carboneras.

Installation of 1,200 MW renewable to boost employment and the local economy

This will involve an investment of hundreds of millions of euros, new job opportunities and training in renewable energies to improve people’s employability.

Another of the important axes of this project and Endesa’s commitment to moving towards the decarbonization of the economy by implementing clean projects in those areas where it has always operated is public-private collaboration.

The energy company is in permanent contact with the main actors involved in the development of the Futur-e Litoral Plan, as well as with local, regional and national administrations in order to coordinate the entire process in order to create shared value with all agents and to achieve just transition processes towards new business models.

The green mindset permeates everything: full decarbonisation by 2040

The green mindset has permeated everything. There is no space for activity, public or private, that has not been aligned with the guidelines of the Paris Agreement, a pact between countries within the framework of the UN Convention on Climate Change of 2015, in order to reduce global warming. In this sense, companies like Endesa have been promoting strategic plans for years where sustainability, decarbonisation, the elimination of the carbon footprint and the just transition are key elements.

Endesa has already set a clear objective on the table in terms of sustainability: to achieve total decarbonisation by 2040. The closure of all coal plants, initially planned for 2030, will be completed three years earlier than expected and will do so in 2027 .

For this reason, among other reasons, Endesa promotes initiatives such as Futur-e Litoral that have a positive impact on local communities, both from a social, environmental and economic point of view.

Another goal of this just energy transition, as detailed in the Green Deal of Europe, it also deals with the investment and profitability that the renewal of our energy sources will have for the old continent.

In this European Green Pact, it was determined, among other aspects, that between 2021 and 2027 more than 150 billion euros would be mobilized in order to develop a balanced energy transition for all and that the affected industries, such as those dedicated to energy fossils, in this quest for a climate neutral economy no one is left behind.

In this way, working together and anticipating future scenarios, Endesa contributes through the Futur-e Literal Plan to a just, inclusive and profitable energy transition for all.