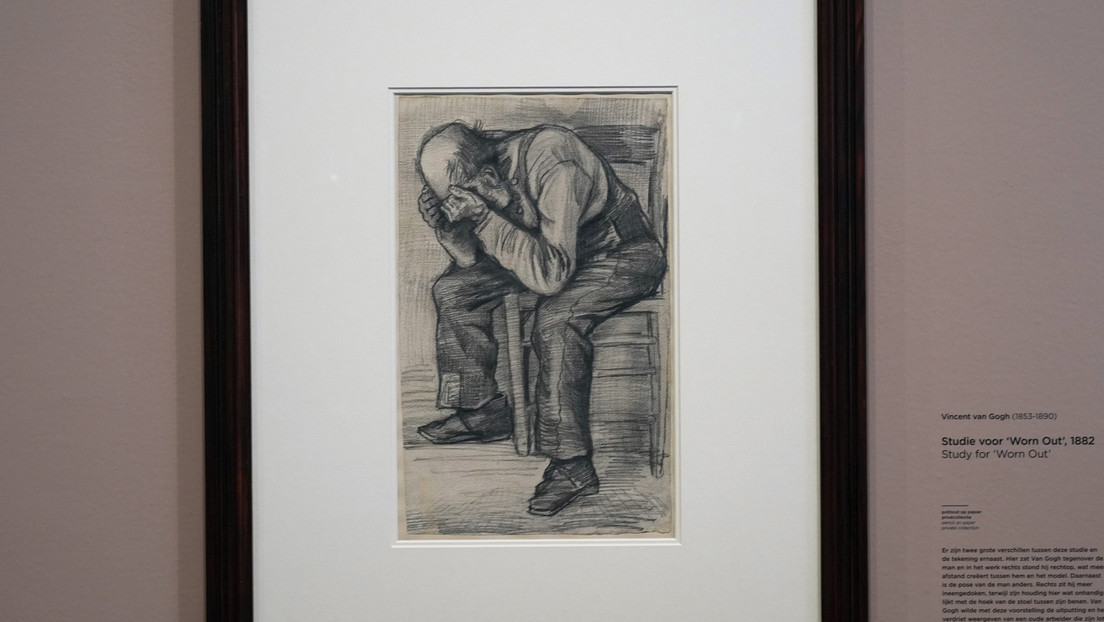 A new pencil drawing of an old man with his head in his hands and looking exhausted, identified as ‘Study for Worn Out’, It has been attributed to the painter Vincent van Gogh.

In a release, the Van Gogh museum in Amsterdam, reported that it had authenticated that the unsigned illustration belonged to the Dutch master, after the anonymous owner asked to determine whether the work was indeed by the artist.

Teio Meedendorp, the museum’s principal investigator, noted that this is a “spectacular” discovery that sheds light on the early years of his career as an artist and fits stylistically “among the many studies of figures that we know of Van Gogh from his stay at Hague”.

Study for ‘Worn Out’, dated late November 1882, when Van Gogh was 29 years old and had two years of artistic career, it shows similarity to another work in the museum’s collection, entitled ‘Worn Out’ (‘Worn Out’), so it is a preliminary study of it, which the painter described in detail in letters his brother Theo and his friend Anthon van Rappard.

The materials used for the work were a carpenter’s pencil on thick watercolor paper and fixation with a solution of water and milk, which made the color of the pencil darker and matte.

The work, which has been in private hands since about 1910 and it has never been publicly exposed, will be exhibited from this Friday, September 17 until January 2, 2022 in the Amsterdam museum of the same name of the author, and later, it will return to the hands of its owner.