The problems for Boeing are not over now that the 737 MAX has flown again. The American company has officially been criminally charged with conspiracy to defraud the United States. The United States Department of Justice has imposed a fine of 2.5 billion dollars that Boeing has agreed to pay for lying to the US Federal Aircraft Administration regarding the two fatal accidents its aircraft had in 2018 and 2019.

The Justice Department has announced the charges and the total amount of the fine, as well as how that money will be distributed. The 2.5 billion dollars they include in the first place a criminal sanction of 243.6 million. On the other hand, 1,770 million will be allocated to airlines that have used the Boeing 737 MAX aircraft. Finally, the remaining 500 million dollars will go to a fund to help the families of people who suffered one of the two fatal accidents that occurred in 2018 and 2019.

What exactly is Boeing accused of? To lie Of lying to the US FFA by giving “misleading statements, half-truths and omissions” by Boeing to regulators. With this, the prosecutor says that “the government’s ability to guarantee the safety of the public was impeded.”

The Justice Department refers to these deceptions in large part to a major omission on MACS, something that Boeing has admitted to justice. Two of their 737 MAX Flight Tech Pilots misled the FAA about the operation of the MACS system. Due to this, the FAA lacked all the information about the operation of this system that was key in the two accidents, in addition to the fact that this information was also omitted in the aircraft and pilot manuals.

The Boeing 737 MAX began development in 2011 and by 2017 it had been approved for operation by the FAA. Approved, of course, not knowing about the inconsistencies in the MACS system. A year later in October 2018, the first fatal accident with the Boeing 737 MAX occurred. In March 2019, the second occurred and this automatically caused all the 737 MAXs in the world to be suspended until the problem was found and solved. 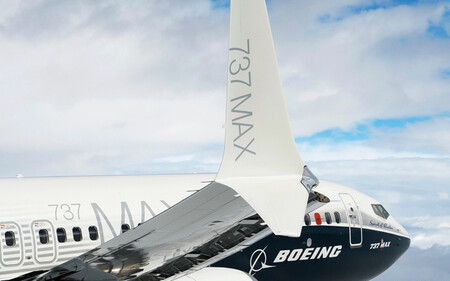 Almost two years later Boeing has succeeded. With not one but several errors found after extensive testing and analysis, the Boeing 737 MAX is safe to fly again. The economic costs however are still incredibly high for the American company and the airlines that bought the plane at the time. The current situation due to a pandemic that has paralyzed half the world does not help recovery either.