43 series and premiere movies on Netflix, Movistar +, Amazon and more from June 14 to 20 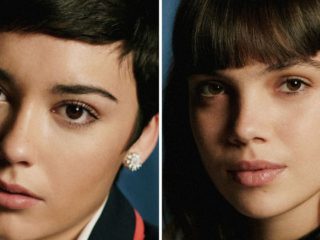 We start a new week, the third of June – we are not in summer at all and in July in another year that is flying by. And another week means a new batch of on-demand content releases, a total of 43 this week with some of the most anticipated of the year without a doubt:

In the case of Netflix, it is nothing less than its most watched series of the moment: Elite season 4 comes directly to maintain the loyalty of its audience without hardly changing its scheme, the new season of Elite and its (impossible) boarding school Las Encinas brings a new director to the center and new blood in the form of three new students who will mix with part of the cast who is back, like Omar and Ander, Guzmán, Rebeka or Cayetana. A new mystery and a new death to unravel. But in addition, from today there is an additional and daily content called Elite: Short Stories that delve into the characters of the series.

In HBO Spain we have the return of Genera + ion, a song to freedomand the friendship that returns with the second part of its first season on June 17. Or Dave, in which its comic protagonist continues to narrate the intricate events that confirm his daily life. And movies, because taking advantage of the premiere of the saga in 4K format, the tetralogy of Indiana Jones, with which Steven Spielberg and George Lucas forever redefined the adventure genre and a model that later icons – Lara Croft, Nathan Drake – have followed. And for dessert an intergenerational modern 80s classic: Ghostbusters (the original from 1984), which arrives the same month as Ghostbusters Day.

On Disney +, along with the weekly episode of Loki, this week we also have the premiere of Luca, the last Pixar that mixes the beautiful Italian riviera with a plot of sea monsters, a kind of Lovecraft and Cthulhu for children directed by the author of the precious short film La Luna. And the inclusive series With love, Victor, which returns with an ideal second season for the month we are in: LGBTQ + Pride month.

And on Apple TV + Physical, a series that plays in the GLOW league and that takes us to the purity, cult of the body, dreams and madness of the 80s with a Rose Byrne involved in the role of the prototypical housewife trapped in the routine who becomes an Aerobics teacher.

The universe in verse, season 2

Life in a song

This is a dark but fun half-hour series that follows a diverse group of high school students whose exploration of modern sexuality (gadgets and all) tests some deeply held beliefs about life, love, and the nature of life. family in a conservative community.

INDIANA JONES IN SEARCH OF THE LOST ARK

INDIANA JONES AND THE TEMPLE OF DAMN

INDIANA JONES AND THE LAST CRUSADE

INDIANA JONES AND THE TEMPLE OF THE CRYSTAL SKULL

THE TAILOR OF PANAMA

22: 00h at Movistar CineDoc & Roll (dial 31). Elisabeth Moss plays the horror novelist Shirley Jackson -author of ‘The Lottery’ and ‘The Curse of Hill House’- in this psychological drama far from the conventional “biopic” and awarded at Sundance 2020. It addresses the period in The one that the playwright produced her gothic novel ‘Hangsaman’ (1951), adapts the homonymous book by Susan Scarf Merrell.

22: 00h at Movistar CineDoc & Roll (dial 31). It is the story of a 17-year-old trans girl who moves in with her mother to start over and avoid being harassed by a deeply transphobic society. To do this, they try to enroll Valentina in her new school with her social name and keep the fact that she is trans a secret.

22: 00h at Movistar Premieres (dial 30). After ‘Train to Busan’, one of the great successes of recent Korean fantasy cinema, director Yeon Sang-ho (‘Seoul Station’, ‘The Fake’, ‘Psychokinesis’) returns to his zombie universe with this sequel set four years after the events that ‘Train to Busan’ narrates, when the zombie contagion spread through the Korean peninsula, turning it into a post-apocalyptic desert.

22: 00h at Movistar Premieres (dial 30). Hilary Swank (‘The Hunt’, ‘Million Dollar Baby’) plays a manipulative detective who turns the world of the successful sports agent played by Michael Ealy upside down (series ‘The Following’, ‘What men think about’) in this psychological “thriller”, close to “neo noir”, directed by Deon Taylor (‘Black and Blue’, ‘Traffik’).

9:00 p.m. at COSMO (dial 18). An Alabama couple searches for the perfect vacation home in the Abaco Islands region of the Bahamas. They hope to find a place where their large family and their beloved dog Gizmo can have much-needed rest and relaxation. Will they find the house of their dreams on the beach?

Documentary miniseries (2X60 ‘). The two episodes on Sunday 20 at 10:00 p.m. at Movistar CineDoc & Roll (dial 31). Ulrich Larsen, a former chef who has a quiet life in Denmark with his wife and children, embarks on a dangerous mission for more than ten years: he infiltrates the most totalitarian and enigmatic regime in the world, that of Korea from North.

The Walking Dead: World Beyond

Synchronic: The Limits of Time

Love, Victor returns with a second season in which the protagonist, fresh out of the closet, faces a family that accepts his homosexuality, an ex-girlfriend who cannot overcome it and the difficulty of being gay and a sports star at the same time .

My name is earl, all Seasons

Jason Lee, ‘hero’ of Kevin Smith’s first films as Mallrats, was forever in the role of Earl Hickey in 2005 in a delirious and acid comedy that now Disney + and Star bring you with all their seasons.

A half-hour-long comedy set on the idyllic but fragile beach paradise of sunny San Diego in 1980. In it Sheila Rubin (Rose Byrne), a silent but tortured housewife who supports her intelligent but controversial husband, battles closed door with his own demons related to his own image … until he finds a way out in the most surprising source: the world of aerobics.