6 Android apps that you should delete: they are plagiarism infected with a banking Trojan 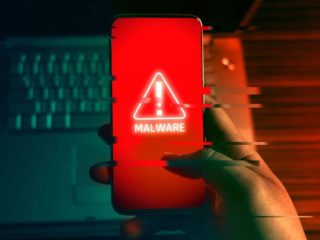 There are times when fake versions of well-known, successful applications with millions of downloads slip into the Google Play Store. And if for whatever reason we download this plagiarism, we can find ourselves suffering from data theft to mobile phone hijacking, advertising bombs, etc.

But, in this case that we are commenting on today, there must be a curious combination: Because if you have one of these infected apps and an official one from one of the affected banking entities, the demonic combo that the cybercriminal authors of this hack is looking for occurs.

It is known as ‘TeaBot’ or ‘Anatsa’, and we have already seen its working mechanisms before. The expert cybersecurity researchers at Bitdefender have discovered a batch of new malicious apps for Android posing as the real ones from popular brands, plus they are infected with TeaBot.

According to a first analysis report, malware can:

Bitdefender has identified up to 6 new malicious apps for Android including the Teabot banking Trojan and they pretend to be the real ones. Two of the apps are mentioned as banking malware on Twitter, and all are based on popular apps that reside on Google Play, some with more than 50 million downloads. It’s no wonder criminals try to take advantage of its popularity.

The fake apps “They don’t have any of the functionalities of the original version. They ask permission to show themselves on other applications, show notifications and install applications outside of Google Play, after which they hide the icon”. From time to time, fake apps they will show ads out of context and end up downloading and trying to install Teabot, according to CnC instructions.

For example, VLC MediaPlayer.apk actually tries to impersonate one of the most famous media players on the Google Play Store, called VLC. Check if you have one of these apps:

The start of this campaign of rogue Android apps dates back to early December 2020, earlier than previously identified. But the most curious thing is how it works, because in itself TeaBot malware is designed not to just attack your phone, but to search for specific items.

In this case the Trojan, when it is already on the smartphone, seeks its primary objective: Banking applications, which it attacks to steal user data and money. At the moment there are 24 official apps detected by Bitdefender as targets of TeaBot. According to Bitdefender, TeaBot’s ability makes “your operators can adapt it at any time, add more banks or eliminate compatibility with some. The list is valid right now, but is likely to change in the future ”: