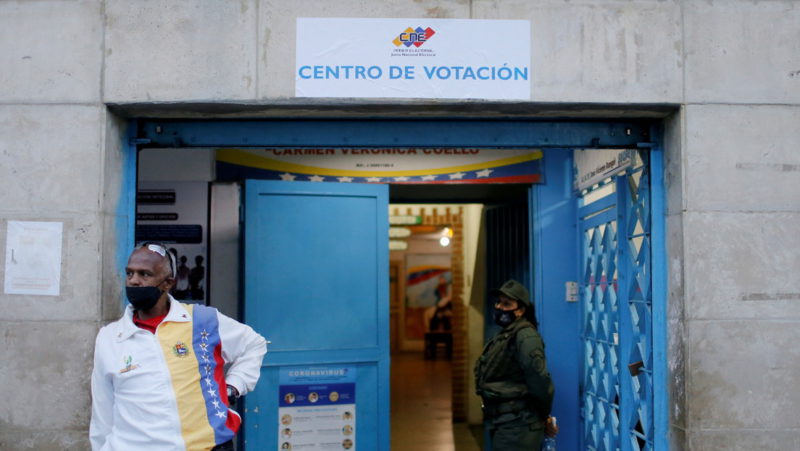 The new call for elections in the state of Barinas for January 9, after surprisingly the Supreme Court of Justice (TSJ) ordered its repetition due to the disqualification of the opposition candidate shortly before knowing the final result – in which his triumph could be expected Due to the favorable municipal results, it reveals the internal situation of the political parties and implies a serious risk for both.

These are some of the keys to understanding the new situation that is coming and that will make Venezuela begin the year 2022 by raising the volume of the political tirade.

1. The final results were not modified

The vote as such was not modified. Contrary to what radical opposition leaders have said for a long time about the intervention of the National Electoral Council (CNE) in the electoral results themselves, the situation shows that, even in such an important state for Chavismo, the final results were not modified and the judgment of the Supreme Court itself, where the new elections are called, points out that the winner was the opponent Freddy Superlano, who scored 37.6 points against Argenis Chávez, who scored 37.2 points.

2. The court does not protect representativeness

It is also evidenced once again that the power that Chavismo maintains, institutionally achieves reverse an adverse outcome to provoke a new outcome.

Although now everyone must recognize that the CNE did not reverse the result, the criticism shifts to the TSJ. However, and despite how unfriendly and arbitrary it may be that a legal decision weighs more than the decision of the voters and the doubts it may generate about the official respect for the results, the court does not protect representativeness, the law does not intervene. Government does not appoint an interim for an indefinite time, as it could have done due to the concentrated power that Chavismo has in the juridical-legal and parliamentary institutions, but rather opens the stage for a new electoral meeting in a matter of little more than a month.

3. Challenge and opportunity for the opposition

This new election means a challenge and a tremendous opportunity for the oppositionIn the midst of so much internal diatribe and division, he will now have to choose a new candidate in a few days, for which he will have to reach unitary agreements and support his option.

To do this, they must also ignore the siren song of the radicals who already say from Europe that “we must go out to the streets to protest” (Leopoldo López Dixit).

It is a new juncture where the opposition You can show that you have matured, leaving behind the characteristic brattyness, and making this appointment a kind of symbolic referendum where they have the chance to defeat Chavismo in their own cradle, in their own territory.

Thus, he has been presented with the opportunity to reverse the meager results of 21N and revive his diminished enthusiasm.

4. Chavismo, towards a new strategy

For its part, Chavismo will have to establish a strategy to seek new votes and recover from the electoral haemorrhage it suffered in past elections. In symbolic terms, the one who most puts meat on the grill with this new appointment is Chavismo. Just two weeks ago, no one would have imagined that the “cradle” state of Chavismo would be at risk of being lost.

It is interesting to note that the decline of the ruling party in their territories it did not happen only in Barinas, but also in many other states, especially the Llaneros, which have been the most Chavista in the country.

However, Chavismo does managed to win the state capitals, which are the opposition’s comfort zone, only they were also the spaces with the highest abstention levels.

Therefore, if the opposition calls to vote and is united, and manages to lower abstention, it increases its chances of victory. If Barinas wins, the opposition would definitively enter the democratic spectrum and would get to work seriously in the 2024 presidential elections.

But Chavismo can undo the ‘rebranding’ he did during the campaign. For these elections, the ruling party tried to gain new followers, replacing red with a wide palette of colors, displacing the image of Hugo Chávez as the central figure in his speech and renewing many of the regional figures.

But that change in campaign strategy, although he won in the vast majority of governorships, did not result in total votes, since his national vote fell by almost two million compared to the regional votes in 2017.

In the case of Barinas, it is logical to think that the figure of Hugo Chávez will reoccupy the position that he always held as a significant articulator of Chavismo. A leader of this historic political movement could try to convince those regular voters who in the last elections have gone with the opposition or have abstained.

Specifically, to win they will have to reconvince the more than 80,000 Barinese who voted for Governor Argenis Chávez in 2017 and who did not do so in 2021, causing a defeat as surprising as it was thunderous that has led to his resignation as governor and candidate.

6. Towards a more mature opposition?

A triumph of the opposition in Barinas could make its radical sectors once again embolden and raise the pressure in an untimely way, trying to provoke a recall referendum, which constitutionally can be exercised as of 2022.

However, without institutional strength or mobilization capacity, it is very likely to be rejected by state agencies. An event similar to the one that occurred in 2016 and that ended up leading the opposition to the radical departure of Juan Guaidó in 2019. With which, a refrain that always leaves the opposing world very badly, once they decide to kick the table.

On January 9, in Barinas, we will be able to measure the levels of maturity of the opposition so as not to repeat the same mistakes, and also the margin of maneuver that Chavismo has in relation to the loyalty of those who, having been or being Chavistas, do not have wanted to give the vote to Argenis Chávez. Is your disaffiliation from Chavismo already a decision made or would you be able to return to it, through other formats or candidates?

Ociel Alí López is a sociologist, political analyst and professor at the Central University of Venezuela. He has been the winner of the 2015 Municipal Prize for Literature with his book Give him more gasoline and the Clacso / Sida award for young researchers in 2004. Collaborator in various media in Europe, the United States and Latin America.

The statements and opinions expressed in this article are the sole responsibility of the author and do not necessarily represent the views of MRT.