60 km / h fast: youth with self-made e-bike from the police 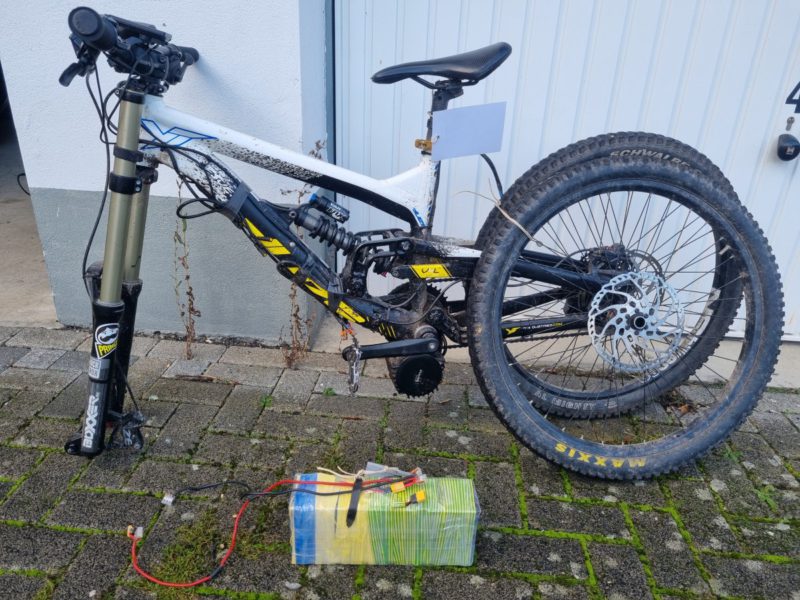 In Kerpen in North Rhine-Westphalia, a 17-year-old was chasing the police on Thursday night on a down-hill mountain bike that he had “retrofitted with an electric motor”. As the district police authority Rhein-Erft-Kreis explains, the young person was sometimes 60 km / h fast and that also in 30 km / h zones. The officers found several interconnected batteries for his bike that had been converted into an e-bike in the young person’s backpack. That was therefore ensured that the young person had been brought to his legal guardian. He had previously tried to hide behind a parked car.

The chase through the night was preceded by an attempted police check, which the youngster wanted to evade with his vehicle. The self-made e-bike was of course not approved. He is now accused of “organizing a prohibited motor vehicle race, driving without a driver’s license and violating the compulsory insurance law”, explains the police. In addition, “pyrotechnic bangers” were found on him, which is why a suspicion of a violation of the Explosives Act is being investigated.

The case is reminiscent of the case of a 19-year-old who was picked up by the police in the spring of 2018 in North Rhine-Westphalia with a similarly tuned bicycle. The vehicle with “the noise of a phantom interceptor and the speed of a jet carriage” had been upgraded with a combustion engine and was even 80 km / h fast. Another year before that, also in North Rhine-Westphalia, two young people aged 13 and 14 had driven through the streets of Kierspe in the Sauerland with a self-made car including a trailer. They supposedly assembled their vehicle themselves without any help.