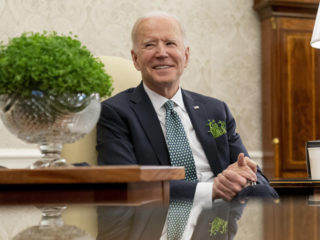 Two ancestors on the part of the father of the President of the United States, Joe Biden, owned three slaves, according the genealogist Alexander Bannerman, whose testimony appears in the book ‘The Biden’, by journalist Ben Schreckinger, which will be published this month.

According to the genealogist, it is common for Americans with roots in colonial times on the continent to have ancestors who enslaved people. However, for a person of colonial descent, Biden’s ties to slavery were relatively modest. “There are not many ancestors, not many slaves”said Bannerman, who also discovered a distant link between Biden and Varina Anne Banks Howell, wife of Confederate President Jefferson Davis.

According to the author of the book, in 2004 Biden commissioned a complete family tree to specialist James Petty. However, it was never published and after Petty’s death in 2020, his family refused to reveal any information, claiming the client’s confidentiality.