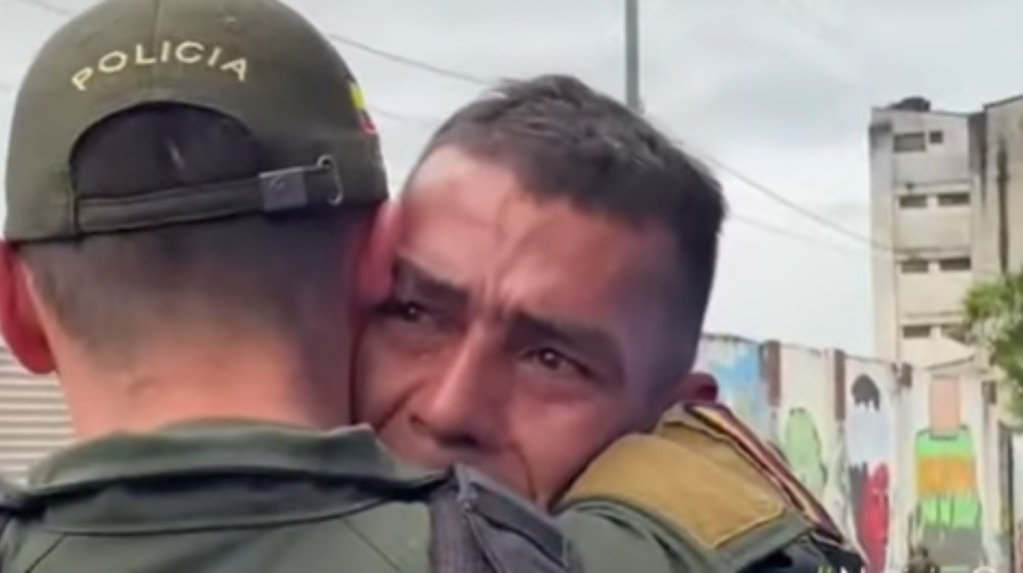 Colombia It was the site of a moving story that travels the world. It is that after 20 years a policeman managed to find his brother. The young man had left his home for medical examinations and was never heard from again. Everyone in his family had lost esperanzaExcept for his mother, who was looking forward to finding him alive. The days of searching were endless, but they had a happy ending.

Ángel Rincón, a commando from the Unified Action Groups for Personal Freedom (GAULA), was the one who found him. The man, a member of the special forces of the National Police of Colombia received a call two decades after his brother disappeared. Fabio had been tirelessly searched for years, his mother prayed every day to the Virgin of Chiquinquirá for the miracle to happen.

There was someone on the phone claiming to be the missing youth. He asked another of his brothers for money to fix the cart he used to work. That was the clue that led the police to find his whereabouts. It was the first Contact in all this time they had with him, so without hesitation he traced the call and went to the town where it came from. It was a very dangerous neighborhood called La Favorita, located in the capital of Colombia.

Dressed in civilian clothes, Ángel left for the place until he found the owner of the cell phone from which the call came. While she was talking to him, looking for any more clues, her brother’s wagon appeared. “He tells me ‘that’s the wagon.’ So, I got very, very happy, very happy, but at the same time I did not think about finding him in this situation, “said the policeman.

With tears in his eyes he recognized his brother who had worked all these years as a cartonero. “I opened the plastics and I see him there and I say ‘brother Fabio, he stares at me and doesn’t recognize me’. He says ‘who are you, my brother?’, I said ‘yes, your little brother’. I told him I was looking for him and I found him, thank God, God is very big and I hugged him ”, he recalled about the reunion.

Upon returning home, he melted into a moving embrace with his mother. Crying he apologized for having been lost all these years. Is that Fabio fell into the drugs, a “hell” from which he could not get out again. “I would look at myself in a mirror and sometimes I would cry, tears would come from seeing that it was not the same as when I came home. He was here on the streets and he was not the same. You destroy yourself, ”he told the local media after acknowledging that this was the real reason why he did not want to return home.