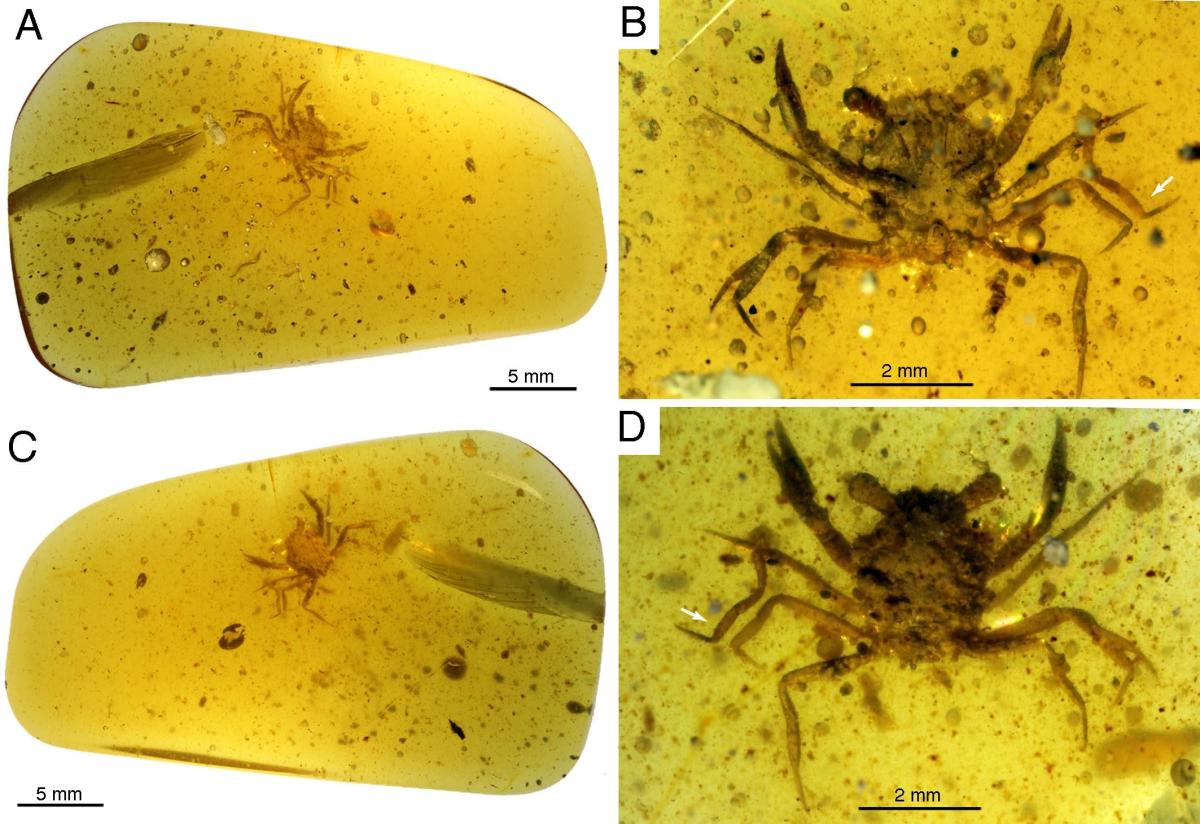 Science Writing, Oct 20 (EFE) .- The discovery of a crab almost perfectly preserved in 100 million-year-old amber, the oldest modern-looking crab ever found, clarifies the evolutionary history of these crustaceans.

Its description is published in the journal Science Advances and the research is led by scientists from Harvard University.

The piece of amber was recovered in the jungle of Southeast Asia -in Burma- and the crab measures 5 millimeters; researchers believe it represents the oldest evidence of incursions into non-marine environments by “true crabs.”

True crabs (known as “Brachyurans”) are in contrast to “false crabs” (“Anomurans”) that are not technically crabs, but are sometimes called that, according to a statement from the US university.

The discovery now published is “unique” for many reasons: “Not only is it very well preserved, it is also the first crab from the age of dinosaurs to be preserved in amber, which is rare for aquatic animals.” points out the Smithsonian Tropical Research Institute, which is also participating in the study.

This new finding pushes this hypothesis back to at least 100 million years ago, answering the researchers’ initial question about what this crab was doing in the rainforest, and bringing the fossil record into line with theories about the genetic history of crabs that have been kept for a long time.

“If we reconstructed the crabs’ tree of life, that is, a family tree, and performed a molecular DNA analysis, the prediction would be that non-marine crabs split from their marine ancestors more than 125 million years ago,” explains Javier Luque, from Harvard.