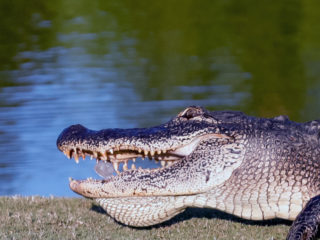 An alligator of more than two meters in length appeared on June 6 in the lobby of a branch of the US Postal Service located in Hernando County (Florida). A photo of the reptile was posted by the local Sheriff’s Office on their Facebook account.

The discovery of the animal, with the consequent fright, was carried out by a customer who was preparing to send a package. It is unknown how the saurus got into the facility, but it is assumed that it did so when an automatic double door opened that leads to the lobby. To everyone’s peace of mind, the reptile was captured and removed from the place by a trapper.

According stipulations From the local Fish and Wildlife Conservation Commission, any alligator over 1.2 meters in length should be considered a “nuisance” animal and dangerous to humans.