A doctor rules out that drugs influenced the death of George Floyd: “He died from lack of oxygen” 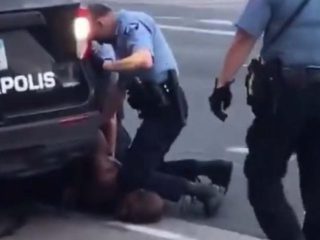 The pulmonologist and intensive care expert Martin Tobin pointed out this Thursday that George Floyd died of “low oxygen” when the former police officer Derek Chauvin He immobilized him and restricted his ability to breathe and has ensured that drug use by the deceased was not relevant in death.

The expert’s statements have centered on the ninth day of the trial against Chauvin for the death of the African American Floyd, which is being held at the Hennepin County Courthouse in Minneapolis, where the events took place.

Tobin has thus supported the statements of the Prosecutor’s Office, which maintains that the victim died when he was detained by the former agent, and has rejected the defense argument, that attempts to link the death to fentanyl and methamphetamine that was found in Floyd’s body, ‘The New York Times’ has reported. “A healthy person subjected to what Floyd was subjected to would have died”, The doctor has asserted, who has addressed in detail and with images the arrest of the deceased, even going so far as to identify the moment when “life leaves his body.”

Thus, it has pointed to four main reasons why Floyd passed away, Chauvin’s left knee on his neck, his prone position, the ex-agent’s right knee on his back, his arm and his side, and the pressure of the handcuffs.

The combination of it all limited Floyd’s ability to breathe, who, according to the doctor, died from the pressure exerted by Chauvin.

The expert has also pointed to the attempts of the deceased to try to breathe due to his lack of oxygen due to the pressure of Chauvin, which knelt on Floyd for three more minutes after he lost oxygen from his body, picks up CNN.

On the other hand, Tobin has ruled out drug use as one of the causes of death and insisted that Floyd seemed to be breathing “at a normal rate” before blacking outSince, in his opinion, if he had been overdosing, his respiratory rate would have slowed down.

The surgeon of the Metropolitan Police Department of Louisville Bill Smock also testified this Thursday and reiterated that Floyd “died of positional asphyxia, which is a fancy way of saying that he died because he had no oxygen left in his body. Smock has also stressed that the deceased was alert during the event and that indicated that he was not overdosing.

On the other hand, forensic toxicologist Daniel Isenschmid has shared with the jury data on fentanyl and methamphetamine, the two substances that were found in Floyd’s system after his death. Isenshmid has reported that 11 nanograms per milliliter of fentanyl and 19 nanograms per milliliter of methamphetamine were found in Floyd’s body.

Floyd, a 46-year-old black citizen, died on May 25, 2020 after complaining that he could not breathe due to having Chauvin’s knee on his neck, a sequence that was recorded on video. The police response originated because Floyd made a payment with a counterfeit $ 20 bill.

Chauvin was expelled from the Police Corps shortly thereafter and released on bail after being charged with murder and ill-treatment. Three other officers face charges of complicity in committing the alleged crime. All of them will be tried in August.

The event sparked a wave of protests against police violence and racism across the United States in 2020.