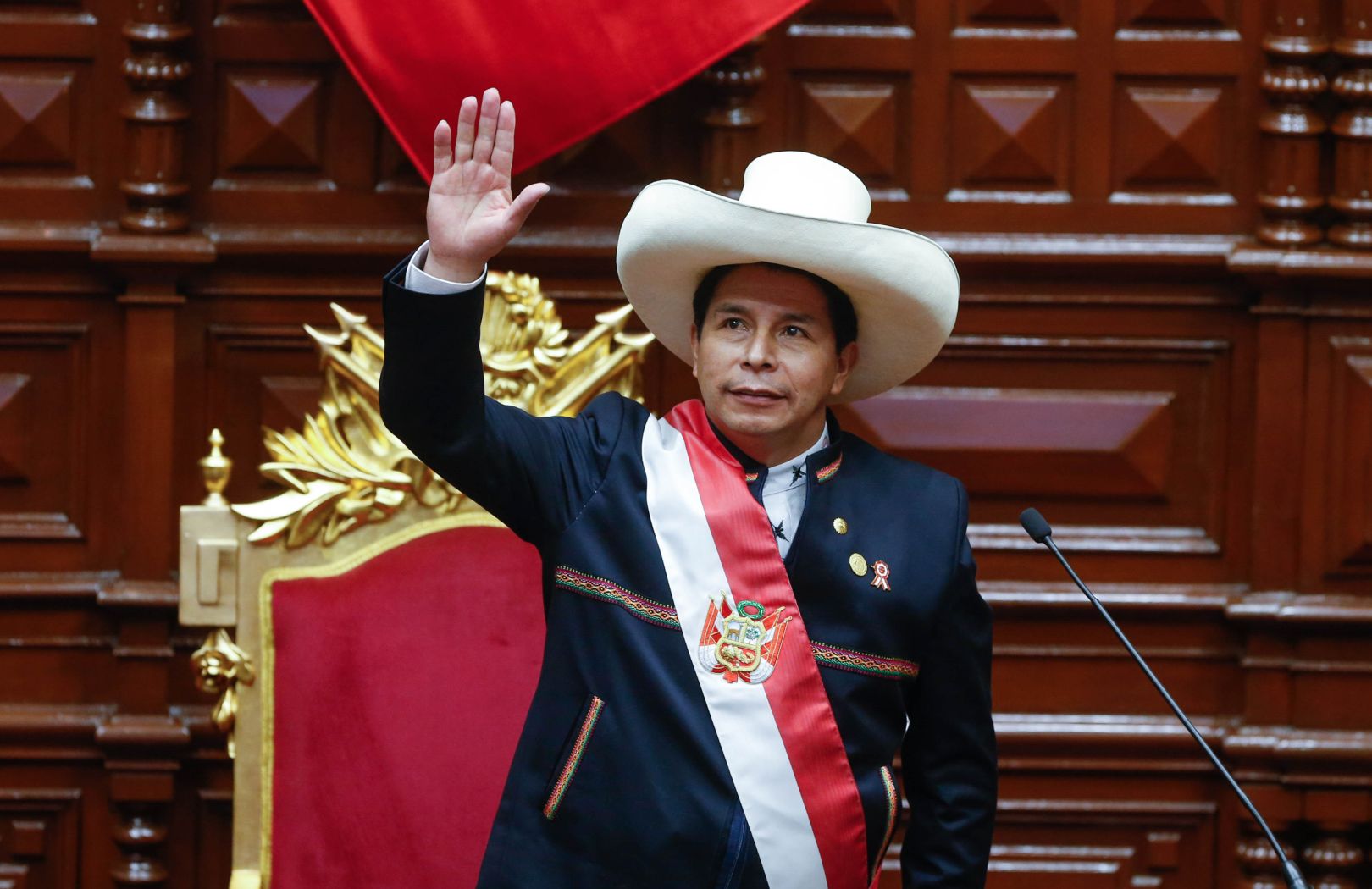 A former Interior Minister confirms Pedro Castillo’s ties to terrorism: “I can attest”

«There was a document confiscated in the cell of the terrorist leader Abimael guzman in which it is read how he gives the approval to Pedro Castillo so that he is elected Secretary General of Conare, “said the former Minister of the Interior. Carlos Basombrio in a interview to Peru 21.

“People who know this union a little know that its origin and activities are linked to the Shining Path and, furthermore, it has radical proposals for the country. Castillo presents himself as a wolf disguised as a lamb and no one has unmasked him. As a former minister, I can attest that Castillo was linked to the Shining Path, ”he said. Basombrío.

«These people have a very primitive vision of the world, it clashes with the entire democratic institutionality of the country, so it is foreseeable that they will try to put an end to it. They are much more radical than Chavismo. If it succeeds, Peru would be a primitive communist world, like North Korea, it would destroy the country’s economy and we would have a stage of enormous instability. It is an immense threat to democratic viability, ”sums up the former minister.

Basombrío He was the Minister of the Interior in 2017 when a massive teachers’ strike took place demanding better wages and labor. In 2017, the then President of the Government of Peru, Pedro Pablo Kuczynski, was besieged by the advance of two columns of the ultra-left that put his government in check: the massive teachers’ strike that left the country without classes for 75 days and the marches of the Movement for Amnesty and Fundamental Rights (MOVADEF), the arm Shining Path politician demanding the release of the genocidal Guzmán. The objective of the protests was to destabilize the conservative Kuczynski by setting fire to the streets, as stated in the manual of the Chavista left.

Between both mobilizations there was a common denominator: a rural teacher from Cajamarca called Pedro Castillo Terrones, 51, who led the student strikes and was, at the same time, welcomed, by Shining Path. The terrorist organization is responsible together with Tupac Amaru Revolutionary Movement (MRTA) of the murder of more than 69,000 Peruvians, according to the Truth and Reconciliation Commission. Since then, the surroundings of Castillo have been infested with people who operate from the Senderista Batasuna to seize union control of the teachers and unseat the historic Sutep union.

The same opinion as Basombrío it is shared by the anti-terrorist NGO Waynakuna Peru. «From our perspective, Pedro Castillo has been an instrument of the Shining Path, from his election as leader in Cajamarca to his time at the Sute Regional Bases Coordinator. Conare has always been close to him, pushing him, shaping him. His candidacy for the presidency of Peru would not have been possible without the presence of admirers of Gonzalo Thought, “says the NGO.

Future congressmen of Peru Libre as Guillermo Bermejo and Alfredo Pariona They appear as alleged participants in terrorist acts in files of the Police Anti-Terrorism Directorate, as reported by ‘El Comercio’. Bermejo is indicted for belonging and affiliation to the remnants of the Marxist-Leninist-Maoist terrorist organization between 2008 and 2009.

Castillo, recently inaugurated president, has launched a notice about the intentions with the appointment of his prime minister: Guido Bellido, a radical Marxist and confessed defender of the acts of the terrorist group Sendero Luminoso. The new Prime Minister of Peru is a fervent communist, who defends the Cuban regime as a model of democracy.

Peru Libre is also infiltrated by members of the political arm of the MRTA known as the People’s Democratic Front. One case is that of the former congresswoman Maria Elena Foronda, who is part of Castillo’s advisory team on environmental issues.

Foronda was sentenced in 1994 for belonging to the MRTA, after having hired as an assistant a terrorist administrator of the “people’s prisons”, torture zones in which the MRTA held numerous businessmen and authorities hostage from whom succulent sums of money were demanded in exchange for their freedom.

Castillo’s fraternal ties with the MRTA do not end there: Peter Cardenas Schulte, the former number 2 of the terrorist organization who lives abroad, said that if Pedro Castillo won the elections, “he could return to Lima.”

Keiko Fujimori He reminded him in the campaign: “It’s him [Castillo] who has members of MOVADEF, it is he who has congressmen with processes linked to the Shining Path, so please, a little more respect ”. Castillo defended himself by denying, although without proof, his ties to terrorism: “Enough of falsehoods, of calling people from below”.

To Jose Luis Gil, former member of Special Police Intelligence Group (GEIN), “This blatant support for Castillo is not spontaneous. Left-wing criminals will continue to appear because they dream of having the power that they did not achieve by force from 1980 to 1995 with the aim of changing the system, destroying the country and establishing a socialist model like that of Nicolás Maduro in Venezuela, starting with a change Constitution ”, he told the newspaper Gestión.

The dark object of desire of the white brands of terrorism in Peru is that Castillo Decree a general amnesty that frees terrorists who they consider social fighters or political prisoners.

Let us remember that the leader of Peru Libre also offered to pardon Antauro Humala [hermano menor del expresidente peruano Ollanta Humala], who is serving prison for the cold-blooded murder of four policemen.

Castillo He is far from being that humble teacher before whom the Spanish press seems to kneel down, describing him as an exemplary husband who lives with his evangelical wife and their three children, “and who, when he is not doing politics, helps with multiple tasks around the house. family: milking cows, looking for foliage for their animals, plowing the land and sharing free time with their companions ”, as he boasted on ABC.

In his political backpack of Castillo the photo of the former leader of his party weighs like a slab, Vladimir Cerrón, spellbound by Maduro on a political baptism trip to Caracas in 2019. Today Cerrón is in jail for a macro case of corruption that plagued the entire leadership of Peru Libre after more than twenty investigations for crimes of corruption and money laundering. When asked if Venezuela was in the hands of a dictatorship, Castillo avoided the answer. «I am not going to solve the problems of Venezuela. I’m not going to answer”.

His totalitarian ideology reduced it to a single sentence: “The State has to control the population, the market.” Despite the fact that the campaign has been repeated repeating that “we are not communists, we are not Chavistas, we are not terrorists”, the hand that holds Castillo’s pencil is none other than that of the satrap Nicolas Maduro.