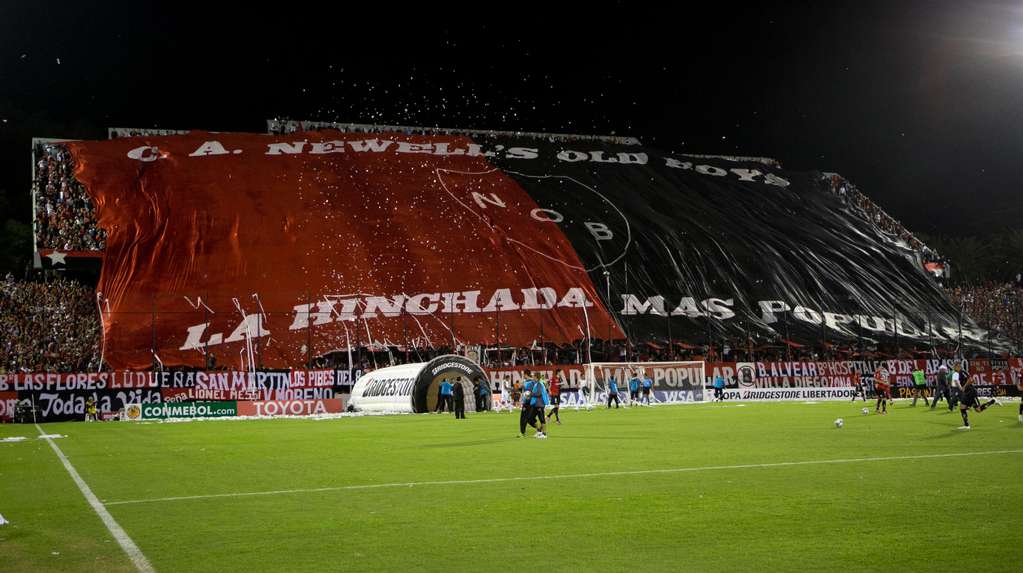 A former head of the barrabrava of Newell’s Old Boys from Rosario, Nelson “Chivo” Saravia, was murdered this Saturday at dawn of several shots when four people broke into his home and they shot him inside the house, informed judicial sources.

Saravia’s crime was the third in 12 hours occurred in the city of Rosario, after the massive rally last Thursday to demand justice and security after the murder of the architect Joaquín Pérez during an attempted theft of his car.

As reported by the Public Prosecutor’s Office (MPA), the “Chivo” Saravia was 43 years old and he was murdered in his home from San Nicolás to 3700, in the southwestern area of ​​Rosario.

That address had been shot in 2015 when the victim was in charge of the “Leprosa” barrabrava, during one of the transitions in power of the rostrum that he shared with two other people who were murdered in 2016: Matías “Cuatrerito” Franchetti (26) and Maximiliano La Rocca (25). ).

According to the first data contributed to the investigation, carried out by the prosecutor Marisol Fabbro, four people they entered around two in the morning to Saravia’s house, which apparently he was resting.

The aggressors fired several shots at the body of the “Chivo” and they escaped in a car, whose characteristics the Prosecutor’s Office “reserves” to expedite the investigation.

The victim was taken in a private vehicle to the Emergency Hospital in this city, where the doctors confirmed his death from multiple gunshot woundsspokesmen for the case said.

Saravia’s body was sent to the Medico-Legal Institute for a rigorous autopsy, and prosecutor Fabbro requested the intervention of the Police Criminalistic Cabinet to survey the crime scene, the removal of traces and ballistic material, which will be sent to appraise.

Although no hypothesis was ruled out in the recent investigation, spokesmen for the case indicated that among them is that of some internal or old debt from the Newell’s bar. Saravia came to the bar during the leadership of Diego “Panadero” Ochoa (45) at the end of 2008, who had displaced Roberto “Pimpi” Camino (37), murdered in March 2010.

Ochoa was arrested in 2013 and later convicted as the instigator of the crime of Camino and of another young man linked to drug crime, Maximiliano “Quemadito” Rodríguez, whose father is serving a sentence for the triple crime of social activists of Rosario in New Year of 2012.

Apparently, Saravia had moved away a few years ago from the group that leads the fans of the club located in Parque Independencia.

The fierce insider of the Newell’s bar

The “Chivo”, as the man murdered at his home was known, was Ochoa’s “right hand man” at the “Leprosa” bar and between 2013 and 2015 he ran on behalf of the “Baker”, who led the group from jail, according to several court cases that investigated the crimes that occurred in recent years.

After a series of attacks – two shootings at his home and a shooting of his brother Jesús in May 2015 -, Saravia shared the power of the bar with Franchetti y La Rocca.

“Cuatrerito” was a young man who had been convicted of international drug trafficking in the “Carbón Blanco” case, for sending cocaine to Portugal, and had started at the bar with Ochoa.

Franchetti occupied a place in the power of the bar on behalf of the drug gang “Los Monos”, which after attacking in 2010 a group that transported fans linked to Ochoa, had reached an agreement with the “Baker”, explained the sources.

The young man was murdered on June 7, 2016 at the door of the club, after a meeting between several sectors in which, according to what transpired, he had been in front of the bar. For his murder two hitmen were convicted they had charged to kill him.

Maximiliano La Rocca, the other leg of that flimsy coexistence agreement in Newell’s barrabrava, was shot in the street on June 27 of the same year.

According to the insiders of the “Leprosa” bar, from there other names took center stage, those of Ariel “Tubi” Segovia, linked to the Camino family of the former boss murdered in 2010, and Emiliano “Jija” Avejera.

Segovia was arrested for four murders and investigated for retail drug sales in the Tablada neighborhood, where he maintained a long armed confrontation with another family clan, the Funes, who acted in tandem with René “Brujo” Ungaro, convicted as the author of the murder of “Pimpi” Camino.

Segovia was assassinated in the Santa Fe prison of Coronda Knifed by four other inmates, on April 24, 2018. In April of this year Avejera was sentenced to life imprisonment along with two other people in an oral trial for six murders that occurred between 2016 and 2018.