A huge underwater avalanche pushed mud more than 1,000 km away in the Atlantic and slowed down the Internet in West Africa 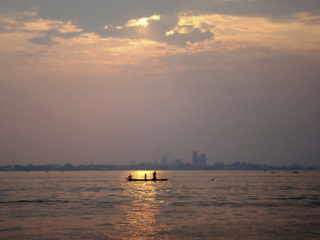 An international group of researchers detected the traces of a powerful underwater avalanche, which occurred between January 14 and 16, 2020 off the coast of West Africa, which caused damage to telecommunications cables laid on the seabed and caused a reduction in internet data transmission speed between Nigeria and South Africa.

The research, carried out by a team from the University of Durham in the United Kingdom and co-directed by the telecommunications operator Angola Cables, was published this Monday in Earth ArXiv, although it has not yet been peer reviewed.

According to the study, the avalanche that occurred was possibly longest sediment flow ever recorded. It traveled over 1,130 kilometers, at speeds of up to 8 meters per second, from the mouth of the Congo River and along a deep ocean canyon, to a depth of more than 4,500 meters in the Atlantic Ocean.

It is likely that the event would not have been discovered had it not been for the damage it caused in its wake, especially internet failures. The flows caused the breakage of the SAT-3 cable (South Atlantic 3), which connects Africa with Portugal and Spain, and the WAC (West African Cable System), which connects South Africa with the United States.