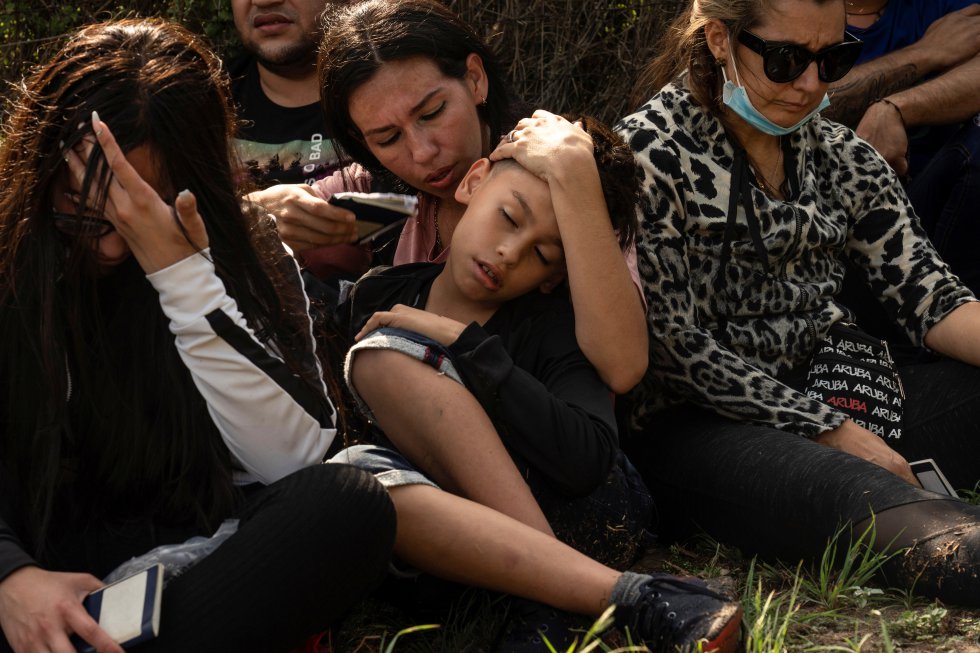 A federal judge ruled Thursday that the Joe Biden Administration cannot continue to use a public health order to expel migrants detained at the border with Mexico. The rule known as Title 42 is an exception in US health law that allows “hot” deportation of the undocumented and asylum seekers. Former President Donald Trump invoked it in March 2020 as a result of the pandemic. Critics of the Republican accused him of putting the policy in motion to effectively close the border crossing, one of his main government goals. The Democratic Administration, which is concerned about the outbreaks in the country due to the delta variant, renewed the emergency directive in August.

The supervising judge of the case, Emmet Sullivan, gave the Biden government two weeks to end the practice, arguing that it is no longer necessary as a measure to stop the spread of the coronavirus in the US. In the ruling, Sullivan explains that in in this case the use of Title 42 is “probably illegal” and unnecessary, considering “the wide availability of tests, vaccines and other minimization measures” to tackle the virus. Civil rights advocates have actively argued that there is no legitimate public health foundation, or legal authority, to deprive people of their right to seek asylum.

More than 1.1 million migrants have been expelled under Title 42 since the policy took effect: Over 444,000 during the nearly nine months it was active during the Trump Administration and more than 690,000 since Biden took office in January , according to data compiled by NBC. The government has 14 days to appeal, an option supported by Republican leaders. Before the ruling, the UN Office in Mexico for Refugees (UNHCR), the United Nations Children’s Fund (UNICEF), the United Nations High Commissioner for Human Rights (UNODH), UN Women and the International Organization for Migration (IOM) had already shown their rejection of the policy.

When Trump invoked the law that finally gave his government the power to expel migrants to Mexico without the border patrols having to submit them to any formalities, he argued that he wanted to avoid outbreaks of contagion in detention centers. The current Administration decided to renew it in August after the Centers for Disease Control and Prevention (CDC, for its centuries in English), recommended that it remain in force until the risk of non-U.S. Citizens introducing covid when crossing the borders with Mexico and Canada have “ceased to be a serious danger to public health.”

Upon his arrival at the White House, Biden suspended the practice of expelling children who crossed the border without an escort, but allowed the hot expulsion of most migrants to continue. In August, the US detained nearly 209,000, a 2% drop from July, but still at levels not seen since 2000, according to Customs and Border Protection (CBP). The implementation of Title 42 has caused several of the deported migrants to try again. CBP indicated that 25% of those it found in August had been detained at least once in the previous year. In previous years that figure was around 14%.