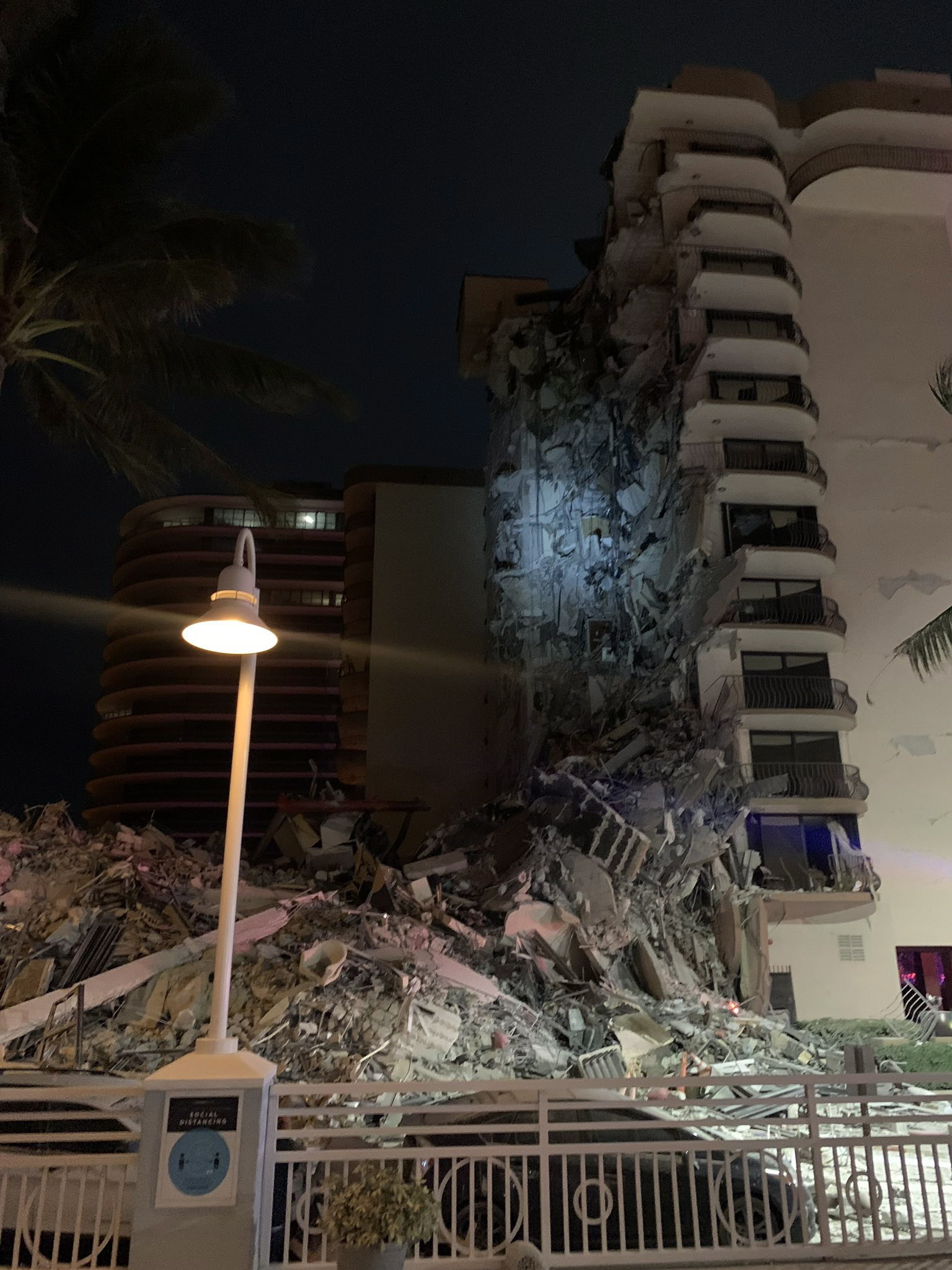 A large building of at least 12 floors has partially collapsed during the early hours of this Thursday in Miami, near the beach of this city in the US state of Florida, according to the rescue services and the Miami Dale County police, where the incident has occurred. It is still unknown if there are fatalities or injuries, but a firefighter cited by the local newspaper Miami Herald He has said that several deaths are expected since it is a residential building.

“I woke up everyone in the room because when I looked out the window, I saw everyone outside,” Kimberly Morales, a neighbor of the condo, told CNN. “I told everyone to hurry up and get out of the building.” Morales has assured that he did not hear the collapse of the building, but when he left, he saw that a significant part of it was missing.

The event occurred between 88th Street and Collins Avenue, the vicinity of which is currently closed to traffic, and the causes are currently unknown. Dozens of rescue teams have moved to the scene, according to these bodies on their Twitter account. CNN reports in its digital edition, however, that the number of rescue units deployed in the vicinity of the building is eighty.