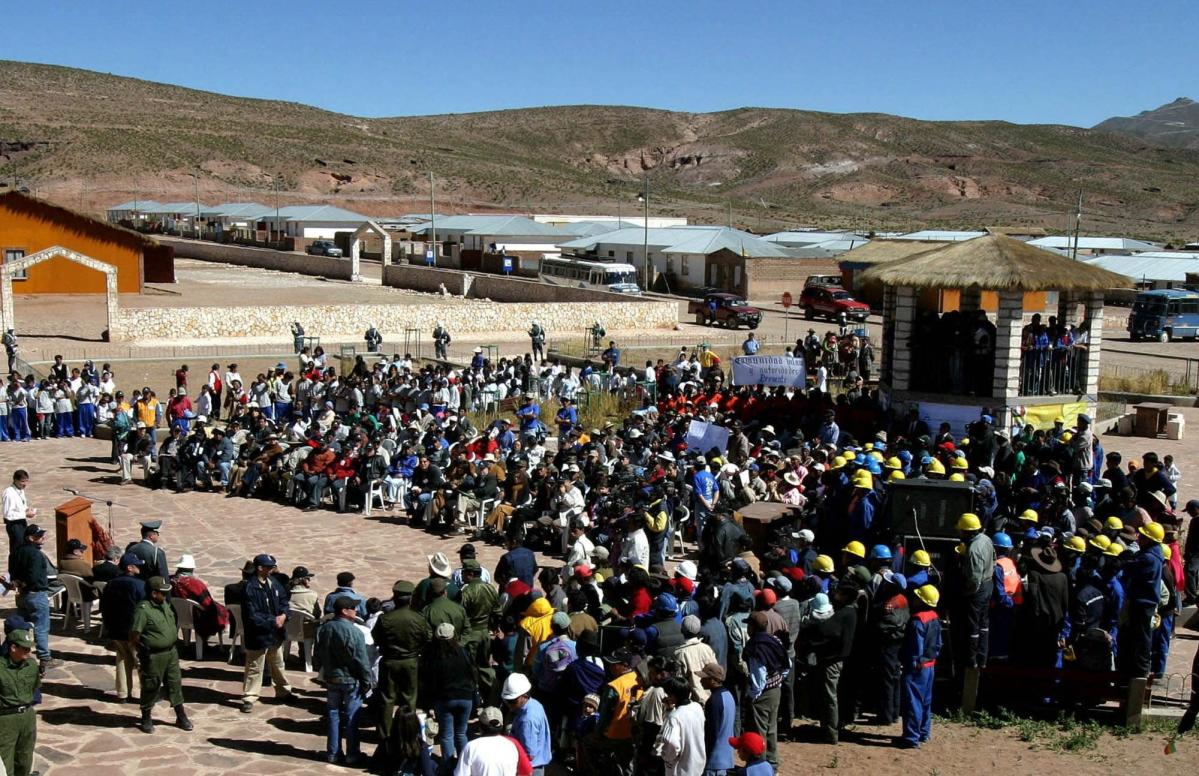 La Paz, Oct 24 (EFE) .- A consortium of Bolivian businessmen has advanced negotiations with the Japanese company Sumitomo for the purchase of its subsidiary in Bolivia, the company Minera San Cristóbal, which is the largest mining company in the country located in the Andean region from Potosí.

The announcement was made this Sunday in Potosí by businessmen Luis Fernando Barbery and Orlando Careaga on behalf of the consortium made up of more than a thousand businessmen from Potosí and from Santa Cruz for the most part.

“Bolivian businessmen, taking advantage of the legal security that the country is experiencing and the government’s development program, we are taking over Minera San Cristóbal,” Careaga told the media and stressed that the company “is the fourth largest in the world.”

Barbery, current president of the Confederation of Private Entrepreneurs of Bolivia (CEPB), is also a representative of the Unagro Corporation, an institution based in the Santa Cruz region, the country’s economic engine, with multiple investments linked above all to agro-industrial activity. .

Careaga is a Potosino businessman, mining industrialist and former motor racing driver who has also participated in politics, recently with close ties to the government Movement for Socialism (MAS).

Both assured that all the commitments that the firm currently has with its workers and with the neighboring communities of the deposit will be fulfilled within its corporate social responsibility policies.

“There is no doubt that we are going to be faithful and respectful and it is part of the agreements that are being negotiated in their final phase with the current owners,” said Barbery.

He also announced that the “useful life” of the mining company will be extended from 2024, “which is the current horizon that this company has, until 2050.”

San Cristóbal, the largest private mining company in Bolivia and the main generator of income and jobs for Potosí, produces silver, lead and zinc in the open pit, removing about 150,000 tons of rock daily to process some 52,000 tons of minerals, according to data from the company.