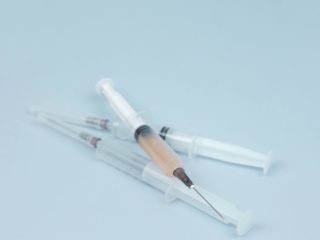 Thomas Bryon Stemen, a citizen of Maryland (USA), was sentenced last week to 10 years in prison for attacking a woman and injecting her with a syringe that he had filled with his own semen, they report local media.

The attack, which took place on February 18, 2020, at a Churchton community store, was captured by the business’s security cameras. The convict attacked the victim, Katie Peters, when she was returning the shopping cart. At the time, the woman had no idea what she was being inoculated with.

MORE: The victim spoke with my colleague @fox5melanie. She told her the suspect may have tried to attack other people with the syringe.FYI This took place at the Christopher’s Fine Foods on Shady Side Road in Churchton #fox5dcpic.twitter.com/KHjzmhOfFz

As part of the investigation, it was discovered that Peters was not Stemen’s only target and that he had previously tried to stick syringes in two other people. In addition, the police found more syringes in his house and his car, all filled with his sperm, need The Independent.

On the other hand, it is not the first time that Stemen has received a conviction: his criminal record includes six sentences between 1986 and 1996.