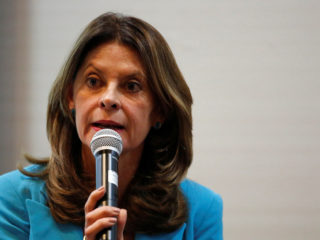 A Colombian consular mission will travel to Haiti next Sunday to assist fellow citizens detained in the Caribbean country for their alleged involvement in the assassination of President Jovenel Moïse.

The chancellery reported that during the trip, which will take place between July 25 and 27, the conditions of detention of the detainees will be verified, as well as “respect for due process.” In addition, it will be managed the repatriation of the bodies of the three deceased Colombians during the confrontations with the Police after the assassination.

“Colombia has reiterated that it will continue to collaborate with the investigations that make it possible to clarify the assassination of the president of Haiti – a crime emphatically rejected by the National Government – and likewise, it will ensure that the Colombians identified as participating in the crime have all the guarantees humanitarian “, adds the text.

The Colombian delegation, which is waiting for the Haitian government to confirm the trip, will be made up of Luis Fernando Cuartas, director of assistance to nationals, two officials from the Colombian embassy in the Dominican Republic; and the honorary consul in Port-au-Prince.

So far, 26 people have been arrested for their alleged involvement in the assassination of the president, including 19 Colombians, most of them retired military personnel.

For his part, the Ombudsman, Carlos Camargo, solicitous to his Haitian counterpart, Renan Hedouville, information on the measures to guarantee the physical and psychological integrity and due process of detained Colombians.

Carmargo also asked for support for the repatriation of the deceased and expressed his concern for the 80 Colombians living in Haiti, after the recent events.

Moïse was assassinated on July 7 at his private residence in Port-au-Prince, at the hands of a command of Colombian and Haitian-American mercenaries.

During the attack, the president’s wife, Martine Moïse, was injured and taken in critical condition to a Florida hospital, but she has recovered and returned to Haiti. It is planned that the president’s funeral is held on friday in the city of Cap-Haitien.

The Haitian authorities point out that a plot was organized in which the doctor Christian Emmanuel Sanon would have been one of the intellectual authors since, according to the police, he aspired to occupy the position of president.

In his most recent statements, the Director General of the Police, Léon Charles, reported that three people who are not of Haitian nationality, and who live in the United States, had participated in the financing of the murder.

There are at least eight arrest warrants as part of the investigation, including that of John Joel Joseph, former opposition senator and one of the planners of the assassination, and that of Joseph Félix Badio, a former official of the Ministry of Justice, who would have commissioned and supervised the operation.

One of the key pieces to clarify the assassination would be the security company CTU Security, based in Miami and directed by the Venezuelan Tony Intriago, who, according to the Haitian investigators, would have recruited the former Colombian soldiers who were part of the armed command.