A nine-year-old boy from the Qom community in Formosa died of coronavirus and officials criticized the family: “They took him to a healer” 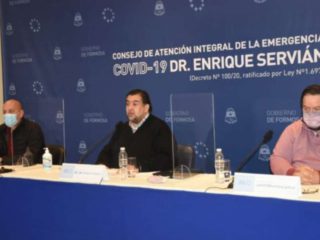 In full scandal in Formosa due to the poor conditions in the isolation centers for coronavirus, Provincial government authorities confirmed that a nine-year-old boy from the Qom Tobías community died from this disease. Provincial authorities criticized the family and said the boy “was taken to a healer before consulting the health system.”

The boy lived in Costa Alegre, an area located about 140 kilometers north of the capital city. In the provincial report on the pandemic, the infectious disease doctor Julián Bibolini explained that the boy “had no risk factors and entered the hospital with a picture of severe pneumonia ” and that he tested positive in the rapid antigen test.

// Schedule for using the bathroom and going out to the patio: they denounce “prison schedules” in the isolation centers in Formosa

He reported that “due to referrals from health personnel, the baby had three or four previous days with symptoms of Covid-19 and it was detected that the family initially consulted to a healer and not to the health system ”. He said the patient “required oxygen quickly but despite treatment made a stoppage ”.

He considered that “it is not to blame anyone, it is something cultural” and that is why they highlight the need to make an “early consultation”. He assured that Tobías “did not have a risk factor” and that “they tried to do everything they could, but despite that, he could not get out.”

The governor’s “super minister” Gildo Insfran Jorge González explained at a press conference that they carry out “hard work” in indigenous communities, especially in the “prevention aspects” of COVID-19. He mentioned that they made material in their own languages ​​”with participation in the health area with personnel from native peoples.”

He assured that there is “a strong opposition to vaccination in indigenous communities” and that they promote “training, awareness and participation” to try to immunize this sector of the population. He questioned “those who permanently boycotted the health policies” of the province.

The ordeal of 47 isolated people in Formosa: “They have us without hot water or heating”

Despite the warnings and claims of international human rights organizations, the Insfrán government maintained the isolation centers by COVID-19, in which abuses and terrible conditions continue for the people who are housed there.

TN revealed the case of the center that operates in a school in Laguna Yema, where 47 people remain locked up and assure that there is only a nurse and that they have no hot water or heating.

It is the Agrotechnical College No. 6 of the town located in the west of the province, in a place far from urban centers. Some of the women who are staying there yelled from a window to the cell phone of TN: “In total we are 47 with coronavirus, they do not let us go private of freedom”.

They assure that there are deficiencies in health care: “There is only one nurse, two doctors who do not give enough and the director does not show her face.” They also warned that “there is only one oxygen chamber” and that they do not have “Hot water, shelter or heating.”