A pastor fights on the Internet traffickers who take advantage of migrants who want to enter the United States. 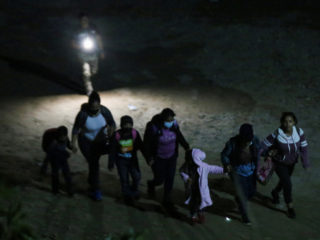 Pastor Gustavo Banda, who runs a shelter in a church in Tijuana (Sonora, Mexico), fights daily on the Internet the influence of human traffickers – also known as ‘coyotes’ – who take advantage of migrants who want to enter the United States. The United States reported this Thursday local media.

Banda spends between one and three hours a day on Facebook warning people desperate to reach the North American country of the danger they run of being duped by human traffickers, who advertise their services in different groups on the social network.

The migrants contact the ‘coyotes’ on Facebook or WhatsApp, who promise them a safe passage to the United States. Many of them give their life savings (several thousand dollars) to the traffickers, but instead of achieving the ‘American dream’, they suffer all kinds of violence and extortion along the way and end up being deported to Mexico. Some of them end up in Banda’s shelter.

“I tell everyone that this is a complete lie,” explains the man, while pointing to one of the groups in which migrants and ‘coyotes’ interact on the screen of his laptop. “If they need help trying to cross, they should get a lawyer and do it legally“, he suggests.

“The ‘coyotes’ paint that perfect picture of the trip, but I see the people when they arrive and I see the children, who are sometimes sick or dying,” laments Banda.

How do they help them?

Most of the people who end up in their shelter are migrants from Central America fleeing instability, poverty, the threat of gang recruitment and violence. In fact, many of them have tried at least once to reach the United States, usually through Texas, where the border is less patrolled.

The pastor assures that agents from the United States Customs and Border Protection Office usually tell families detained on the other side of the border that they are taking them to California, and only when they arrive at the shelter located in Baja California do they realize that your situation. “When I say ‘you are in Mexico, you are not in the US’ they start to cry“, he reports.

In their refuge, the migrants have health professionals to deal with trauma, illness and injury, as well as lawyers who assist them in taking statements in order to begin applications for asylum.