A pharmacist responsible for causing a deadly outbreak of meningitis in the US is sentenced to more than 10 years in prison. 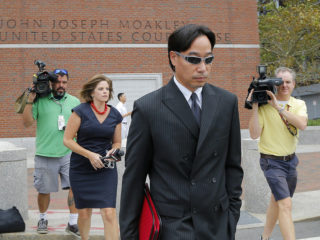 A former pharmacist from Massachusetts (USA), who had already been convicted of his responsibility in an outbreak of meningitis that killed more than 100 people and sickened hundreds more in various states almost a decade ago, will now have to spend more years in prison , after this Wednesday the appeal of the prosecutors, who demanded more severe punishments against those responsible, was imposed in the courts, informs AP.

Glenn Chin, who served as a supervisor at the now-defunct New England Compounding Center (NECC) pharmaceutical company, was sentenced to 10.5 years in prison in his trial of second instance, after his initial sentence of eight years was annulled.

The court ruling comes two weeks after the company’s co-founder Barry Cadden also had his sentence increased, from 9 to 14.5 years in prison. The prosecution had requested a new sentence of more than 17 years for both men, who were previously convicted of fraud and other crimes related to an outbreak of fungal meningitis that sickened about 800 people, of which more than 100 died.

Investigations determined that the outbreak, which took place in 2012, originated from the mold-contaminated steroids that NECC, based in the city of Framingham, produced in unsanitary and unsafe conditions, then sold to hospitals and clinics nationwide.

Prosecutors described Chin as an insensitive employee, who did not mind that unsafe production methods were used to boost productivity and profits. They argued that he ordered staff to ship unchecked batches, allowed expired ingredients to be used and cleaning records to be falsified, ignoring mold and bacteria proliferating in an area that was supposed to be sterile.

For his part, Chin, addressing the families of the victims, admitted his mistakes and apologized to everyone, assuring that “he never intended to harm anyone.”

The justice also ordered that Chin and Cadden pay 82 million dollars in restitution to the victims, in addition to delivering 473,584 dollars to the State, pick up Reuters. While both men were acquitted of second-degree murder charges in the deaths of 25 patients in Massachusetts, they are still pending. awaiting trial for murder in the state of Michigan, one of the most affected by the outbreak.