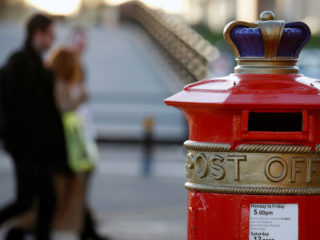 The postcard that Neil Crocker sent to his father-in-law in 1991 while serving in the British Royal Navy, was delivered to its recipient a few days ago, informs the BBC.

At that time, Crocker’s ship, HMS Cumberland, was returning from a three-month tour to the Falkland Islands and stopped for five days in the Chilean city of Valparaíso, from where he decided to send a greeting to his family. He assured that he “vaguely” remembered having written and sent the card, in which he commented that there was “good weather and the beaches are lovely.” The man said his 89-year-old father-in-law was “a bit confused” when he received her earlier this week.

It was postmarked “London 1991”, which means that it arrived in the British capital that same year. “For 30 years he was in a sorting office somewhere and eventually he got to his destination, so it’s quite a remarkable story,” Crocker noted. “We will probably never know where he was, it’s a mystery,” he said.

Commenting on the case, a representative of the UK postal service assumed that “it is more likely that someone recently returned it to the postal system, that it was lost or stuck somewhere on the network.”