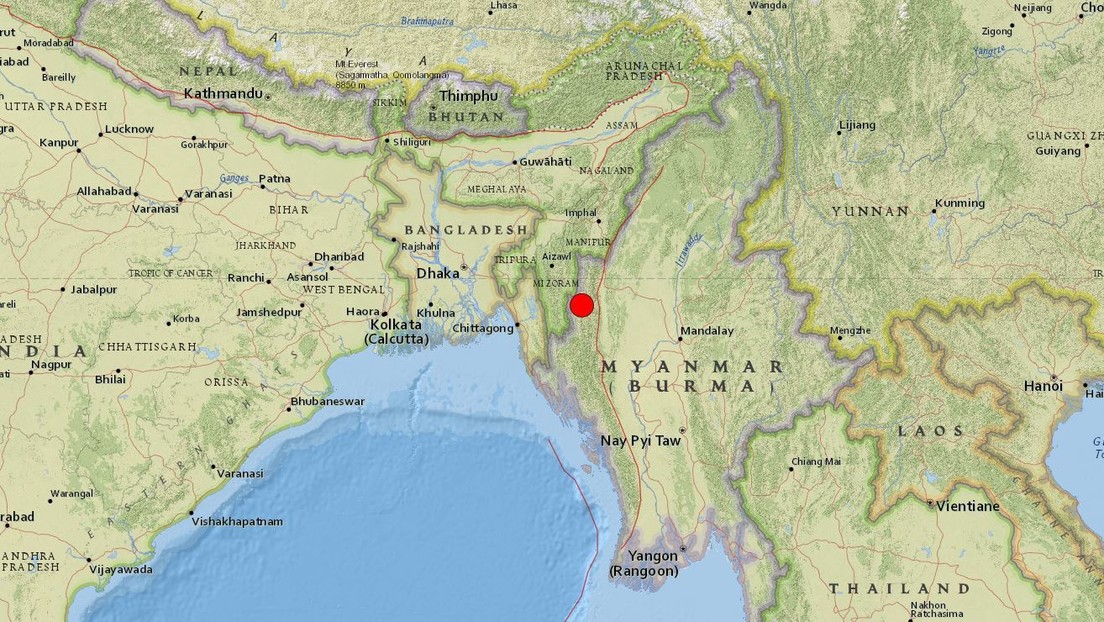 A powerful 6.1 magnitude earthquake shakes the border region between India and Myanmar

A strong earthquake of magnitude 6.1 has struck at 23:45 (UTC) this Thursday the border region between India and Myanmar, according data from the US Geological Survey (USGS).

The telluric movement originated at a depth of 32.8 kilometers and its epicenter was located 19 kilometers northwest of the city of Hakha (Chin state, Myanmar).

At the moment, no possible fatalities or injuries are reported.

Many witnesses described the earthquake as “a strong shock” that woke them up, forcing some to leave their homes in fear. “My 8-story building was rocking so much that I woke up from deep sleep,” said a resident of the city of Chittagong (Bangladesh), located 185 kilometers west of the epicenter of the earthquake.