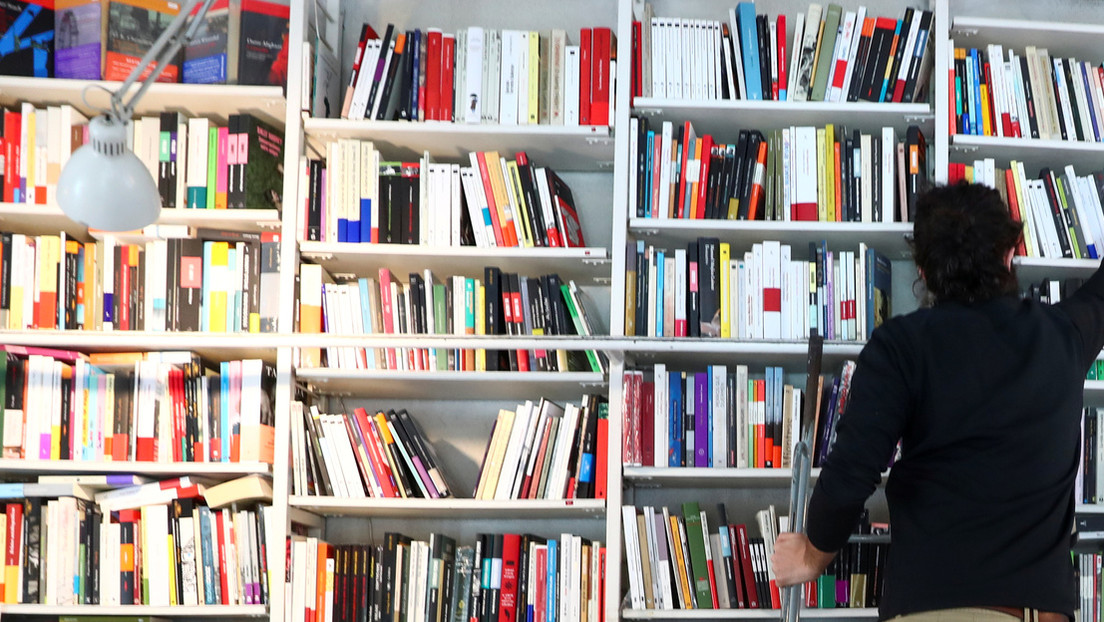 The awarding of the last Planeta Prize, the world’s best financially gifted literary award, with one million euros –the Nobel awards 990,000–, has raised a controversy that has been causing a multitude of reactions in Spain for several days.

The ‘winner’ has been Carmen Mola, an alleged ‘writer’ who rose to literary fame in 2018 with her first novel, ‘La novia gitana’. Since then it was known that Carmen Mola was a pseudonym, what was unknown is that behind this identity were three men, something that was revealed at the award ceremony.

The trio of writers and screenwriters Jorge Díaz, Antonio Mercero and Agustín Martínez They are the six hands that are behind what some critics described as the new phenomenon of the crime novel in Spain. All three had previously published novels – under their own names – and had a long career as screenwriters for some of the most successful television series of the last decade.

Carmen Mola (pseudonym that has been revealed to be made up of Jorge Díaz, Agustín Martínez and Antonio Mercero) wins the Planeta Prize with ‘The beast’ https://t.co/cbjdgLDvhUpic.twitter.com/XlZ1aGvcS1

But the choice of a female name behind which to hide their identities has led to a lot of criticism. They have explained it in a simple way: they did not think that a work with three names on its cover would sell and they brainstormed ideas in which they shuffled some of men, women and foreigners. Someone liked the name Carmen, very common in Spain, and finally they stayed with Carmen Mola.

However, what for many has been best kept secret of the Spanish publishing industry in recent years, for others it has not been so much. There have been many people who have argued that it was only necessary to read one of Mola’s novels to realize that only one man could be behind it. “At least, he’s a man. At least”, He said last August 13 the writer and teacher Amelia Noguera.

NO, WE HAVE NOT RETURNED CARMEN MOLA’S BOOKS … because they have NEVER been to the bookstore. By reading the first one, it was enough for us to know that it was a man. We took the opportunity to recommend a good crime novel written by women: pic.twitter.com/C1ndX7vLUd

She was not the only one. The Women Bookstore maintains that it was enough for them to read the first one “to know that it was a man.” The writer Ana Ballabriga more than a year ago did your bet: “Three guys between 35 and 45, related to the world of advertising, that they are going to drink beer together and one of them had a girlfriend named Carmen“.

Criticism of the motives

Some of the criticisms that have been made have gone beyond hiding the identity of three men under a woman’s pseudonym, focusing on the construction of the character itself. Since her first novel came to light, Carmen Mola has granted various interviews, always by email, to preserve your anonymity.

More wood. Yo Dona asked “Carmen Mola” in the summer what five books she would take to the beach and said Pleamar. That is, one of the three lords recommended himself 🤡 pic.twitter.com/lKSHj1B1gX

Almost everything was known about her: she was married, had three children, was a teacher and lived in Madrid. Some of the data that she provided, in light of what is known now, are curious, such as that when she was ‘asked’ about the five books that she would take to the beach, she included one written by one of the three men who were hiding. After the pseudonym, another belonged to the partner of one of them and another to a brother.

To clarify: Grupo Planeta ➡️ Planeta Award to➡️ Carmen Mola who are➡️ three gentlemen authors of➡️ another book of which they are going to make➡️ a series with a script by➡️ Antonio Mercero who is➡️ Carmen Mola for➡️ A3Media that belongs to➡️Grupo Planeta More than an award it is a promotion

The ruling has not been surprising. Delibes denounced him in 1979 and Marsé in 2005, but every year the hare jumps. The winners of the sweetest contest in this country are not accidental, they are not anonymous and depend more on commercial criteria than on literary ones. https://t.co/LQivRD20fp

But most of the reproaches go in other ways. First, many glimpse a publicity stunt. While it is true that the book awarded by Planeta is from another publisher, it is also true that AtresMedia, which belongs to the Planeta group, has bought the rights to Mola’s first three novels to turn them into a series, for which they denounce that it is a way to make content more visible and advertise it, relegating literary quality to second place.

On the other hand, it is reported true harnessing the feminist movement. It is questioned whether the choice of a female pseudonym has to do with the fact that we are in a moment of vindication of the literature written by women, especially in the black gender.

We: we must read women and stop reading so many men. Three men: we are going to pretend that we are a woman.

It turns out that the prestigious Planeta literary prize was won by three white men under the pseudonym of a woman: Carmen Mola. It has taken us centuries to vindicate the women’s litigation so that 3 white men come to use feminism as a marketing strategy🤡 pic.twitter.com/VRleQ08pH6

What happened with the award, the pseudonym and this six-hand writing, how could it be otherwise, has unleashed inventiveness and imagination in social networks.

Another pointed out, as a joke, that a friend of his who is a writer had told him for a long time that he had ‘hooked up’ with Carmen Mola at a party.

The husband of the writer Carmen Mola, outraged to learn that his wife is three gentlemen https://t.co/7QPhOt3eUrpic.twitter.com/NXkGfN5JlB

Although the most repeated meme may have been the one that spoke about the surprise that would have been Carmen Mola’s husband.