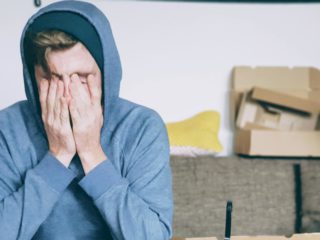 A group of US researchers from the Air Force Laboratory and Infoscitex, a supplier to the Department of Defense, proposed an unusual method to combat fatigue and preserve work capacity using a portable device. The details of their inquiries were published this Thursday in the journal Communications Biology, and they are cited by the Technology Networks portal.

It is a device of non-invasive electrical brain stimulation It is applied to the locus cerulean, the area of ​​the brain stem where norepinephrine, the wakefulness hormone, is generated. Thus, the experts attached terminals of the gammaCore Sapphire apparatus to the neck of their patients, passing an electrical current towards the vagus nerve, to boost brain activity and eliminate tiredness. Unlike other methods, cervical vagus nerve stimulation (VNS) can be self-administered and only takes six minutes.

How was the experiment done?

To verify the effectiveness of the VNS, the specialists studied 40 volunteers, all of them members of the United States Air Force personnel, who remained awake 34 hours total. As the first 12 had passed, some had the device placed to animate their vagus nerve, while the rest had a device that served as a placebo and it vibrated and clicked like the real thing. They then all had to complete four cognitive tasks to assess their alertness.

The results of the first two assignments indicated that the VNS did not have significant effects. However, those who did undergo rounds of stimulation completed the remaining tasks. better that the others. In addition, the ‘incentivized’ reported lower levels of fatigue. In general, the scientists managed to keep them on their guard throughout 19 hours.

At the moment, it is still early to try to implement such a method on a massive scale: it is specified that the data obtained must be confirmed by other laboratories and with more diverse groups in terms of sex and age.