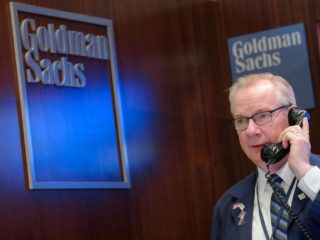 The triumph of the opposition in the PASO 2021 It surprised the Government and also the markets, which were discounting a more even result. Investors prefer non-Kirchner candidates because they associate the ruling party with the intervention on the rates of public services and other prices of the economy (the dollar, for example), at negative real rates in pesos and the high inflation due to expansionary fiscal policy.

Against this backdrop, Argentine stocks and bonds rose this Tuesday in Buenos Aires and New York. A report from one of the leading international investment banks, Goldman Sachs, summarized to his clients the result of this Sunday’s elections as follows: “The opposition won in 17 of the 23 provinces and in the Autonomous City of Buenos Aires (CABA). The six provinces won by the official candidates represent only a little more than 10% of the national electoral list. Two years ago, in the presidential elections, the government obtained 48% of the votes and won in 19 of the 24 provinces ”.

The report signed by the analyst Alberto Ramos argued that the Government I had three goals in STEP 2021 and “it seems to have fallen short in all of them.” In that sense, he mentioned that the Frente de Todos expected:

“The adverse primary outcomes probably weaken to the president Alberto Fernandez and the Minister of Finance Martin Guzman in front of Vice President Cristina Kirchner and her partners, who are more prone to heterodox policies, ”Goldman Sachs said.

And he added: “In the short term, there is a risk of a slight shift towards more heterodox, interventionist and populist policies in an attempt to rebuild political support, but authorities are probably also aware that a significant tightening of unorthodox policies could further hurt the economy and therefore fail to pay political dividends in 2023 ″.

Along these lines, investment banking highlighted that voters they seem to have rejected the current policy mix or, at least, its results, among which he mentioned “very high inflation, declining economic and wage growth, all amid extensive controls and suffocating financial repression.”

“In general, it is likely that the market have a clearly positive view of the results of the primary elections, since increase the likelihood of a regime change in 2023 and the most effective checks and balances until then; this mitigated by the risk of more populist short-term policies ”, closed the report.