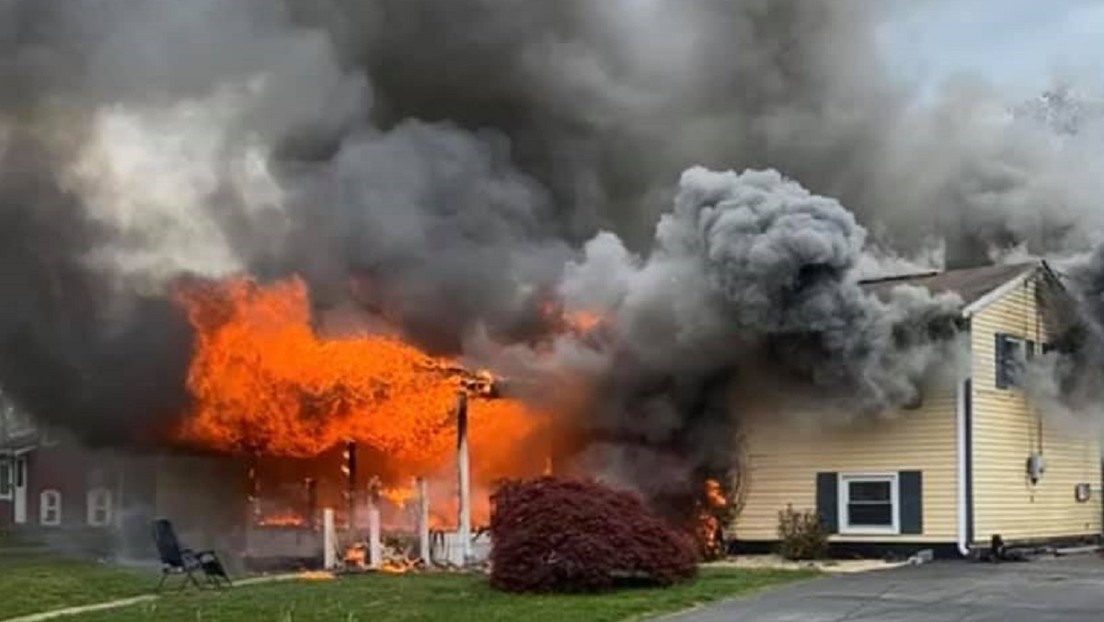 A resident of the town of Elkton (Maryland, USA). He intentionally set his home on fire with someone inside and then calmly sat on a front lawn chair to watch the fire engulf the building. According communicated the State Fire Marshal’s Office, the incident occurred on the afternoon of April 29.

A video was posted on social media showing the unusual scene, where a woman nonchalantly reads a book while the house bursts into flames. “I can’t believe it,” the witness who recorded the clip is heard saying. “And she’s sitting there just relaxing and watching the house go up in flames! Oh my gosh,” he adds.

Woman in Maryland sets a house on fire while someone is still inside pic.twitter.com/ocRVni4lc9

The authorities detailed that the woman, later identified as Gail J. Metwally, 47, left the scene after a few minutes. As the house burned down, witnesses heard a person screaming from a basement window, calling for help, and they helped her out.

Soon, agents found the suspect in the area and arrested her.