A young gay man is tortured, burned and murdered in Cancun after revealing he had HIV 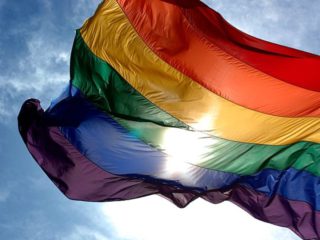 In the XXI century, with all the advances in human, social and cultural rights, we still have to see how in certain countries people are persecuted. homosexuals to the point of being killed for their sexual condition. This is the case of this news: a young man has been tortured and burned alive after acknowledging that he was HIV positive.

Everything happened last weekend in the Mexican Caribbean resort of Cancun. As reported Resilientxs, an organization that fights for rights LGTBI + in MexicoIt was on Saturday that the victim was revealed to have HIV during a party at the spa. Given this, some of the attendees tortured, burned and murdered him.

📣On Saturday, June 5, a young LGBT + man was tortured, burned and killed for living with HIV in Cancun, Quintana Roo. This fact adds to the spiral of violence experienced by LGBT + people in our state. pic.twitter.com/sVA7YuSwgs

«The victim was murdered inside a blacksmith shop. She was beaten, tortured, burned and killed once she commented that she had HIV, she had many stab wounds. This case has generated us a lot of anger because we are in the month that commemorates the pride of our community and in which rights are requested and claimed, “he reported. Edwin reyes, representative of Resilientxs.

After hearing the shocking case, the head of the Human Rights Commission of Quintana Roo, state to which Cancun belongs, Marco Antonio Tóh, condemned the crime and reported that the Office of the Inspector General will carry out the corresponding proceedings to achieve justice for this young man and locate the culprits.

The State Attorney General (FGE) of Quintana Roo also opened an investigation folder for the crime of homicide, but not for a hate crime, because it is not yet established in the Penal Code.

«The Quintanarroense LGBT Network, of which we are part, has asked all authorities to reform the Penal Code so that hate crimes are included, according to international standards. But they have not done it or taken us into account, this speaks of the institutional abandonment that exists in the state, “confessed Edwin Reyes.