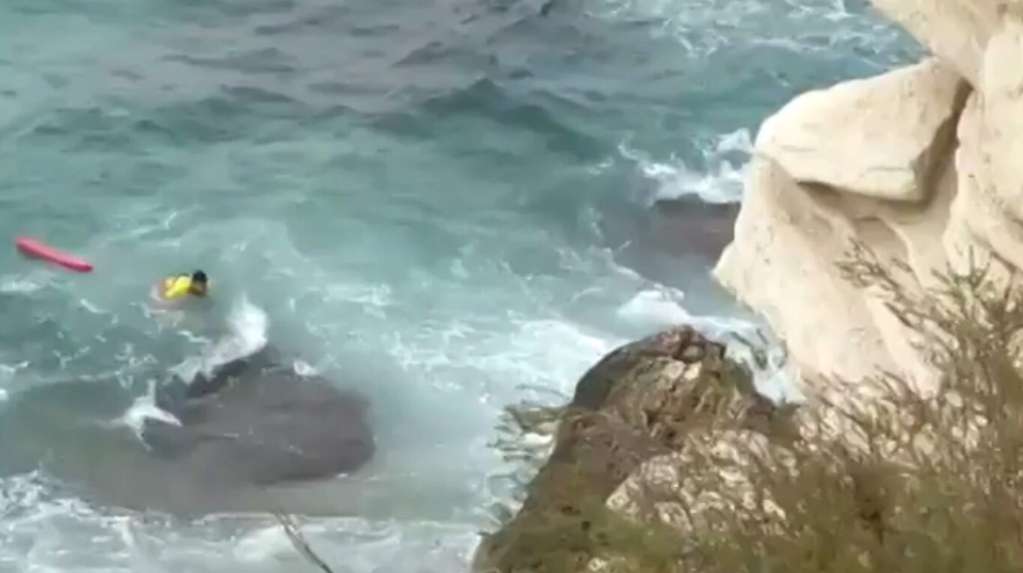 After staying in the Intensive Care Unit (ICU) of the General Hospital of Alicante, in Spain, this Friday the 26-year-old Ukrainian girl that fell from the viewpoint of the Benidorm Castle last Tuesday when he rushed in for trying to have a ‘selfie’.

The accident occurred around 6 pm when the young woman, who was accompanied by a friend, tried to take a ‘selfie’ in one of the most visited points of the city of Benidorm: the viewpoint of the Mediterranean.

This was the rescue of the young woman who fell off a cliff (Video: TW @maryetadg).

According to sources in the investigation, the victim tried to get on the balustrade –It is unknown, for now, if he only sat down or if he tried to stand on it– when he lost his balance and fell into the sea from a considerable height, which is estimated to be approximately 30 meters.

Immediately, the surveillance and lifeguard services from Levante beach, were alerted by what the young woman managed to be rescued by two lifeguards. Alejandro Ortiz, one of the rescuers, consigned to Antena 3 News who was on the boat doing a check when he received the notice of the accident.

“The notice came to us on 112, we immediately got on the boat and we arrived at the place in less than two minutes ”, said the lifeguard, who also described that the rescue was complex because in the zone had red flag. “The water would not stop hitting us with the rocks,” he lamented. However, the girl managed to be rescued from the waters.

Given the state of seriousness of the victim, who was in cardiorespiratory arrest, after hitting the rocks at the bottom of the Benidorm Castle, the CICU intervention to assist her.

However, until Benidorm castle also moved a unit from SAMU and another from SVB, whose medical team took her to the Nautical Club facilities from the tourist capital, where it was carried out advanced cardiopulmonary resuscitation (CPR) maneuvers. In this way, it was possible to recover her vital signs, which is why she was transferred to the General Hospital of Alicante, where she was hospitalized since last Tuesday.

The woman was admitted in critical condition, and despite the medical efforts to save your life, finally this Friday he died as a result of the injuries caused after the unfortunate fall.

Sources of the investigation, confirmed that for the moment it was ruled out that the fall of the young woman was caused by a third person. Therefore they determined that the tragic event occurred by accidental causes.