Abante “continues working” on its international expansion with Mapfre 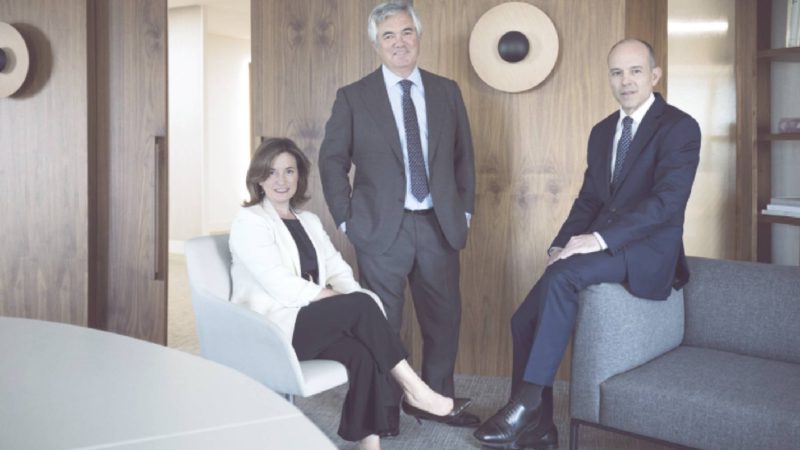 Abante Advisors continues to work to expand to other countries, an objective that they considered they could develop after the agreement with Mapfre whereby the insurer has 18.77% of the financial management and advisory firm. Despite the fact that the company has not stopped looking at international growth options since the signing of this alliance, the expansion process has been penalized by the outbreak of the coronavirus.

This is how the president of Abante explains it, Santiago Satrústegui, when asked about the matter. “It interests us and it interests Mapfre,” he highlights, although he does not believe that “things will happen very quickly” because they have to continue with the analysis.

“Without stepping on the ground”, a consequence of the restrictions caused by the coronavirus, they have not decided to take the step to Latin America, where Mapfre has a strong presence, being the leader in the Non-Life segment. Against this expansion in South America, explains Satrústegui, the complication of political circumstances in some countries of the region play a role. Nor has the time come to grow in Europe, a leap that would be logical to take through France, in which the insurer also has an extensive business. However, in Abante they do not rule out the idea of ​​growing on the continent, which has the advantage of proximity and the disadvantage of the language.

In September 2019, Abante and Mapfre signed a strategic alliance whereby the insurance group took a 10% stake in the firm through a capital increase, which now stands at 18.77%.

Almost just one year after signing that agreement, Abante formalized the purchase of C2 Advisors and, in January 2021, it reached an integration agreement with 360ºCorA. The most recent operation was the acquisition last October Duke Inversors, still pending approval by the CNMV. The integration will be carried out progressively over the next two years, with the aim of launching an expansion and growth plan in the Basque Country, taking advantage of the synergies generated by the union of the two firms.

As for continuing with inorganic growth, Satrústegui acknowledges that they continue to look at other integration opportunities, although whether these are completed will depend on finding the right fit in Abante. Open to new opportunities, although “without anguish”, the president of the firm highlights the alternative they offer and the operations that have already been carried out, “where integration has been very fast” and in which “customers and teams that have joined are very happy.

Growing exactly what they wanted and rejecting businesses they didn’t want to be in, Abante will close 2021 with 10 billion euros in managed and advised heritage. Of these, 6,500 million correspond to assets under management, a figure that has multiplied by 6.5 times in the last decade, from the 1,000 million in 2012. A size that is still far from being excessive. A risk that they discard as long as they do not renounce their model.