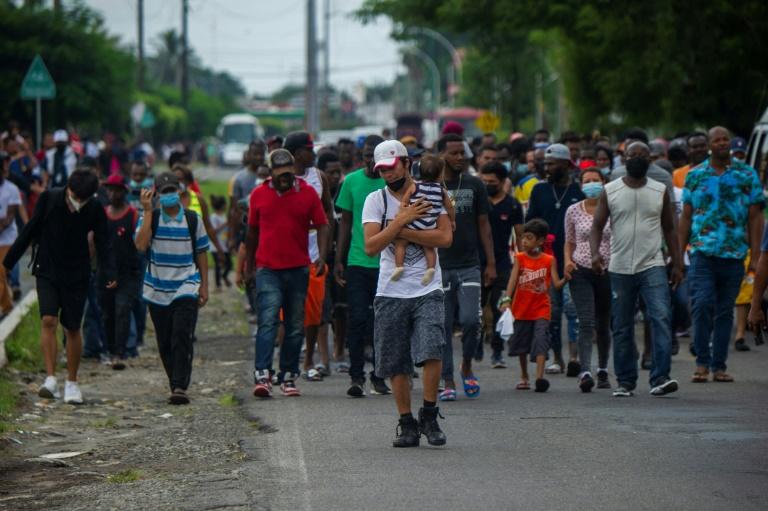 About 10,000 migrants, many from Haiti, are camped under a bridge on the southern US border.

More than 10,000 migrants, many from Haiti, are camped under a bridge on the U.S. southern border on Friday, a humanitarian crisis that puts the Joe Biden government in trouble.

These migrants arrived in the small town of Del Rio, Texas, crossing the Rio Grande that divides the United States from Mexico. Of the 2,000 that were at the beginning of the week they rose to 10,500 on Thursday night, said Bruno Lozano, the mayor of this town bordering Mexico’s Ciudad Acuña.

“They are mainly from Haiti and enter illegally (…) they are just waiting to be detained by border guards” to start the procedures for authorization to stay, he explained in a video posted on Twitter.

“We need swift government action,” urged the Democratic mayor, highlighting the health and safety risks posed by this makeshift camp.

Overwhelmed, the US Customs and Border Protection (CBP) said in a statement that it had increased its staff to deal with the situation in a “safe, humane and orderly manner.”

The shaded area under the international bridge serves as a temporary stop site “to prevent heat-related illnesses,” explained CBP, noting that the migrants were provided drinking water, towels and portable toilets.

Once cared for, “the vast majority of adults arriving alone and many families will continue to be expelled under Title 42,” a health regulation adopted at the beginning of the pandemic to slow the spread of the virus, according to this press release.

“Those who cannot be removed under Title 42 and do not have a legal basis to remain will be placed in expedited removal proceedings,” said CBP.

However, a federal judge on Thursday ordered the Biden government not to expel the families in this context, which could complicate the task of the authorities, who have faced record migratory flows on the border with Mexico for months.