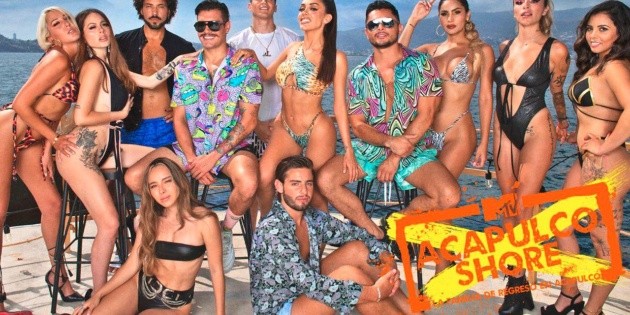 Acapulco Shore: how and at what time to see the premiere of the second episode of the reality show

Acapulco Shore was positioned between the most famous reality shows in Latin America and its success extends to eighth season. This new year arrived with a renewed cast and expectations are enormous since its premiere on April 27. The show is gearing up for its second episode on MTV and promises to be unmissable. Write down when, where and at what time to see it!

Last Tuesday’s launch had moments of high voltage like the kiss between Alba and Karime. The nights got out of control with parties between the participants and there were also discussions like the fight between Nacha and Isa. The premiere did what was expected and set the bar high for the next one.


“The holidays continue and the party does not stop at the shore house where its members discover new loves, discussions and live the reality of coexistence”, is the official synopsis of the second episode of the reality show called “The Holidays Continue” and whose previews showed more confrontations between the protagonists. From the rivalry between El Chile and El Capitán to Jey’s anger against Diego: all that will have the new chapter.

When and where does episode 2 of Acapulco Shore premiere?

This Tuesday, April 4 at 10 p.m. in Mexico City, the new episode of Acapulco Shore will be available. The signal to see it will be MTV, which can be found on the following channels in Mexico: channel 236 of Izzi, channel 260 of Dish and channel 701 of Sky. What’s more, season 8 can be seen through the streaming platform Paramount +.

In the rest of Latin America you can also enjoy chapter 2 of Acapulco Shore through the same music channel. Tonight participants are expected to be much more unleashed. It remains to be seen how everyone will react to the arrival of the controversial Isa and how the stories that began at the premiere will continue.