Accomplices of former de facto Bolivian minister Arturo Murillo in the ‘tear gas’ case plead guilty in the US. 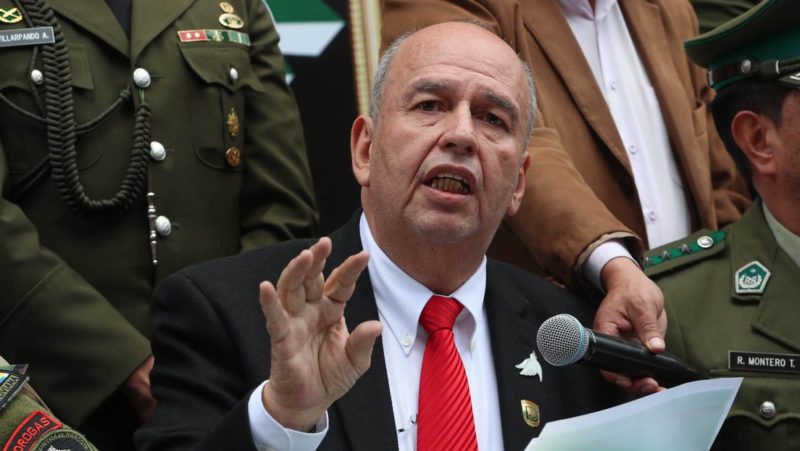 The Attorney General of Bolivia, Wilfredo Chávez, reported that the four accomplices of Arturo Murillo, former Minister of Government of the de facto administration of Jeanine Áñez (November 2019-November 2020), in the case known as ‘tear gas’, pleaded guilty In U.S.A.

“All four have pleaded guilty to the crimes for which the Florida Attorney General’s Office accused them,” Chávez said at a news conference on Tuesday.

Is about Sergio Rodrigo Mendez Mendizábal, 51, former chief of the Murillo Cabinet; as well as the americans Luis Berkman, 58 years old, Bryan Berkman, 36, and Philip Lichtenfeld, out of 48. All were arrested in the US, in Florida and Georgia, between May 21 and 22, just days before Murillo was also arrested.

Specifically, the crimes they are charged with are money laundering and bribery, in the case of the acquisition of anti-riot equipment with a surcharge for Bolivia.

According to Chávez, Luis Berckman pleaded guilty to conspiring to commit the crimes of money laundering and bribery of foreign officials, and for this he could face a sentence of between three and 10 years in prison. For his part, his son Bryan accepted the charges “for the crimes of conspiracy to defraud, whose minimum sentence is one year and has a maximum of five years,” the official said.

Meanwhile, Méndez pleaded guilty to the crime of conspiracy to commit money laundering and money laundering for the bribery of officials; while Lichtenfeld accepted that he conspired to defraud.

On the other hand, Chávez indicated that they are waiting for On October 8, the situation in which Murillo finds himself is announced, after a possible negotiation with the Prosecutor’s Office.

The five defendants are accused of participating in a bribery scheme between November 2019 and April 2020, during the Áñez administration. During that period, 602,000 dollars were paid to Bolivian officials, for the benefit of Murillo, Méndez and another Bolivian public worker.

The bribes were paid for the Berkmans’ company, Florida-based Bravo Tactical Solutions (BTS), to obtain and maintain business with Bolivia, specifically a contract of approximately $ 5.6 million, to provide tear gas and other equipment. non-lethal.

With the negotiated, the investigations determined that there was a surcharge of 2.3 million dollars.