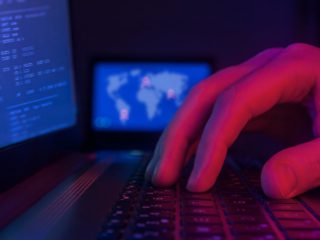 A trusted administrator of the conspiracy theorist Attila Hildmann is said to have passed access to the domains to the hacking collective Anonymous. According to your own information, you have access to e-mails, contacts, Telegram channels and social media accounts.

The loose collective has been dealing with “Operation Tinfoil” (Operation Alufoil) since June 2020 and confronts conspiracy theorists. Hildmann’s administrator has given the collective extensive access, such as AnonLeaks reported. As proof, they changed its website including its online shop, the video platform WTube, its Telegram channels and distributed a typical anonymous video.

On August 18, 2021, the administrator is said to have contacted Anonymous and given access to the cookbook author’s infrastructure.

After taking over the domains, Anonymous also got access to 100,000 emails. They announced an extensive evaluation of the emails. They announced that they also knew who was warning Hildmann of an arrest warrant, whereupon Hildmann was able to leave for Turkey at an early stage. He is accused of hatred, insults, threats and public incitement to criminal offenses.

On his Telegram accounts, Hildmann distributed right-wing extremist and ideological conspiracy statements, wrote voice messages and repeatedly shared conspiracy theories of other channels. He used bots to distribute the reports in dozens of channels.

Telegram itself has been restricting access to Hildmann’s Telegram channels in the Android and iOS app since June 2021. Otherwise, its criminal content could cause Apple or Google to remove the Telegram app from their app stores. Anonymous had already planned the website kenfm.de this year.