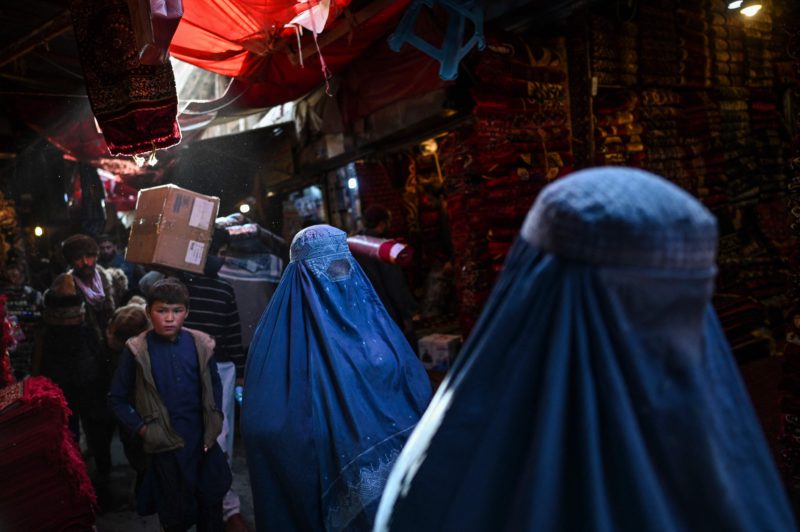 Three months after the Taliban seized power in Afghanistan, the Asian country is sinking into misery. The random figure of his 100 days in the Government, franked last Tuesday, is serving to take stock of the situation. Nothing to celebrate. The country is poorer than on August 15, it has been isolated and the collapse of its economy has canceled the expected returns from peace. Fundamentalists’ promises to respect human rights, including those of women and freedom of the press, have been proven empty, hampering both their recognition and international assistance.

The Taliban have struggled to present a more moderate image than when they ruled the country in the 1990s. “Our vision for the future of Afghanistan is an open, diverse society, where people have freedom of movement, freedom of expression and the other rights that Islam grants to people,” said Foreign Minister Abdulqahar Balkhi.

His words sound good in the absence of clarifying what limits his interpretation of Islam marks. The facts raise fears that little has changed since his previous dictatorship. The diversity of the country has not been reflected in the Government. Despite an announced general amnesty, many of those who collaborated with foreign forces are being persecuted; there is evidence of public executions in some cities, and freedom of the press has disappeared along with 257 media. But what is testing his intentions is, above all, the treatment of women.

It is true that this time they have not burka, the executioner that covers from head to toe with a grid at eye level, nor is it forbidden to go out into the street without the company of a male of the family. However, Afghans are not being allowed to return to work, except in hospitals and some specific activity, nor have secondary schools for girls reopened. Those who lived under his splint already heard the excuse that they need time to create a safe environment. And the recent “recommendation” to televisions not to broadcast films featuring women has confirmed the worst omens.

“Every day they impose more restrictions on us and we cannot tell the truth,” confides a communication businessman who is an ethnic Pashtun (like most of the Taliban) and who at first did not feel threatened by the new regime. On the contrary, he gave him the benefit of the doubt in the face of the corruption of the previous government and what he perceived as discrimination against his community by the Persophone Afghans who, according to him, controlled the levers of the Republic. Three months later, he requests anonymity to speak and plans to leave the country. “We hoped they had changed, but little by little they are showing their true colors,” he sums up.

Thomas Ruttig, one of the leading experts on Afghanistan and co-director of the Afghan Analysts Network think tank, agrees that the balance is negative. “It has represented a step backwards in the human and civic rights of the Afghans”, affirms during a telephone conversation. However, he considers that “it remains to be seen whether it is the result of a systematic policy of the Taliban or of individual behavior and lack of group cohesion.”

This analyst believes that it is also “a failure of the West because it did not build an institutional framework to which disgruntled Afghans could turn to effectively oppose.” He assures that there was no independent civil society. “As with the security forces, it depended on foreign funding and when this failed, it has been unable to survive,” he explains. The fundamentalists quickly put down the protests, organized by small groups of women and without a support structure.

“The only positive thing, the Afghans tell me, is the end of the fighting,” he says. Although the Islamic State (IS-KP) has carried out some attacks, the situation has improved significantly, especially in areas that have long been under Taliban control. “People are happy that there are no drones flying overhead and that they can go to work in the fields even at night,” he adds.

Still, that long-awaited benefit has been drowned out by the loss of international aid and the isolation faced by the new regime.

The Taliban seized the reins of Afghanistan with no plans on how to run the country. In the drunkenness of the triumphal walk that the collapse of the Ashraf Ghani government gave them, they forgot that the United States’ aid commitment was contingent on not conquering Kabul militarily and sharing power with the rest of the Afghan groups. Its advance over the capital meant the rupture of relations in the countries that contributed the equivalent of 43% of their gross domestic product (GDP) and financed 75% of their public spending.

The sanctions for terrorism that the UN and the United States had imposed on the armed group and its leaders now affect the provisional government. As a result, Washington froze the Afghan reserves of foreign currency ($ 9 billion) held in its Federal Reserve deposits and foreign aid was cut off. Even humanitarian assistance, for which exemptions have been made, faces difficulties in the face of the blocking of the banking sector. The shortage of cash has pushed prices up as the national currency, the Afghani, depreciated.

The consequences of this economic collapse, added to the severe drought that the country was already suffering, have been catastrophic for the population. Just a month after the fall of Kabul, the World Food Program (WFP) estimated that 95% of the nearly 40 million Afghans did not have enough food. With the arrival of winter, 23 million are at risk of famine, including three million children under the age of five, both in the countryside and in the cities.

Already last September you could see in Afghanistan that many families began to sell their belongings not only to emigrate but, often, simply to survive. Second-hand markets were springing up in every city, selling furniture, rugs, appliances, and tableware. A month ago, shocking news began to arrive of parents resorting to selling their daughters, even babies. It’s hard to imagine greater despair, or putting yourself in the shoes of an Afghan mother.

The Taliban leaders are calling for the legitimacy of their government to be recognized, sanctions against them be suspended, they be allowed access to Afghan reserves without conditions and Afghanistan be treated as a sovereign country. “How are we going to provide services if foreign resources are cut off and international organizations suspend their aid?” Asked Deputy Minister of Health Abdulbari Omar, during a recent press conference.

For Ali Yawar Adili, an Afghan political analyst who has already left the country, “these 100 days have been characterized by deep contradictions.” He thinks that, in some respects, they have turned out worse than expected. “They blame the previous government and the international community, without assuming that the current situation is a consequence of their military campaign,” he says. However, he acknowledges some success in “consolidating itself as the only viable option [de Gobierno] and to secure a place in various regional platforms such as the Moscow process ”.

While major international donors and organizations continue to speak to the Taliban, the challenge they face is not just finding ways to help an increasingly impoverished population bypassing the new administration. There are also ethical problems. Fundamentalists welcome foreign assistance, but maintain policies that make it difficult.

In addition to lacking economic plans, they are giving priority to paying their combatants, while public employees have not paid for three months. For now, the UN announced earlier this month that it had directly paid 23,500 health workers. He has also shown his willingness to do the same with teachers. As Heather Barr of Human Rights Watch has tweeted, it would be easier if secondary schools for girls were reopened. Its closure poses a dilemma for donors “who cannot fund discriminatory systems.”