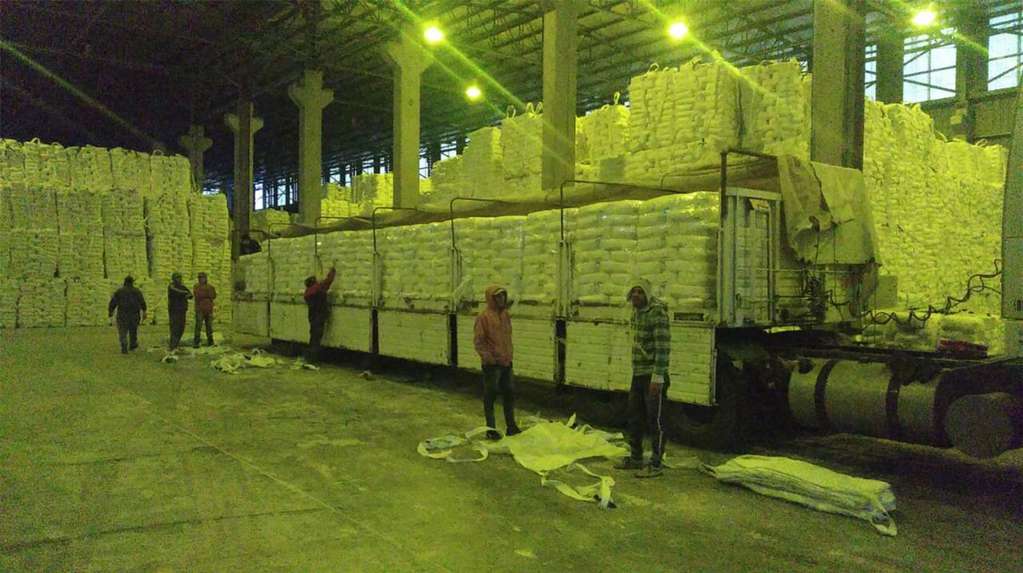 After 15 years, 50 millers will send wheat flour to Cuba and aim to export US $ 250 million

Argentina will export, after 15 years, more than 10 thousand tons of wheat flour to Cuba, a market where there is potential to sell you up to 50 thousand tons per year, what represents approximately US $ 250 million. It has been more than a decade since the local mills did not send this food to any country in Central America and the Caribbean.

The operation will be carried out from the port of the Buenos Aires city of San Pedro through a consortium of 50 companies that are part of the Argentine Federation of Industrial Milling (FAIM), which presides over Diego Cifarelli. “We are waiting for the ship to arrive at any moment. It was scheduled for September 13 and was postponed for approximately a week, “the businessman told TN.com.ar

Argentina will return to commercialize wheat flour with a country in Central America and the Caribbean after 10 years.

“The milling industry has a consortium of companies to export, which brings together 50 SMEs, because by themselves they could not be internationalized. Thus, the business is distributed among all these companies with national capital ”, detailed Cifarelli.

He also commented that this opportunity occurred because Turkey, which is the natural supplier of the Caribbean country, circumstantially could not meet its demand on this occasion. “Now we will be exporting these 10 thousand tons, but the idea is to set foot in order to never leave again. We think we could trade with them between 30 thousand and 50 thousand tons per year ”, projection.

In this regard, he described: “With Cuba, we are in dialogue to broaden the objective and I met with the president (Miguel Díaz-Canel). They have 4 mills, they need to add technology to them. So, the Argentine milling industry would like to take over, to put them in value by transferring our knowledge. While that period of aggiornamento lasts, given that our country is a world power in milling, we would sell to Cuba the flour that is consuming. This project is very encouraging, and it goes beyond the 50 thousand tons that could be sold to them per year. Hopefully it can be done “

An industry with a lot of potential

Currently, Argentina has only two stable buyers: Brazil and Bolivia. Thus the local millers annually export about 700 thousand tons, and they have less than 4% share in a world market of 18 million tons, which represent some US$ 4500 millones. However, the country is enough to be the third global player behind Turkey, which markets 6 million tons, and Kazakhstan, with 1.5 million. That podium takes almost 50% of the market.

Compared to Turkey, he noted that there is “a huge (unfavorable) differential in the cost of FOB and withholding.” He also pointed out that that country became the international leader in the field thanks to favoring the export of flour over that of wheat. “They decided to put their full potential there,” he synthesized.

In this sense, the businessman stressed that our nation has the potential to multiply its current export, and thus reach between 2 and 3 million tons. But there are some internal factors that play against competitiveness, such as withholdings that reach 7%. “That clearly takes away our market. Without that backpack, we would have a presence in more flour consuming countries. With very little, some minor variation, we could export 2 million tons. Just as Cuba appeared, shipments could be made to Angola and other African countries. The markets are there, and that would mean the creation of more jobs immediately ”.

Cifarelli detailed that the activity in Argentina is made up of about 150 companies, with 170 industrial plants, and generates employment for about 27 thousand people. “We export between 10% and 15% of what is ground, depending on the year. First we supply the domestic demand, and the rest is what we send abroad. As Mercosur is a homogeneous block with this type of merchandise, we sell exclusively to Brazil and Bolivia, above all. Unfortunately, this is due to the impact of FOB and the high value of the withholdings ”.

Furthermore, he commented: “The issue of flour, wheat and bread is very sensitive for this Government. So always We ask you to let us understand each other between the links themselves, always ensuring sovereignty and food security, to be able to export every last grain of wheat, gram of flour or kilogram of bread from that point on ”.

The importance of adding value

The leader stressed that the milling sector is “historic” in the country. “Before the Constitution was dictated, some mills were already installed that we still have today. It is a very long-lived industry, which is spread throughout the territory, and based on that we have to go looking for what are the opportunities to continue growing ”.

He also referred to the possibility that at some point a path may be taken to add more value to the raw material. “A ton of wheat is exported at US $ 230, one of flour at US $ 400 and one of noodles, or sliced ​​bread, is around US $ 1500. Throughout this process, there is a lot of job creation and foreign exchange”.

On that, he analyzed: “Today Argentina has 10% of the world market in wheat, 4% in flour, and in noodles and other industrialized products it has 0.2%. Clearly, we have a lot of potential in raw material origination. But a as you move up the chain, product of tax weight, competitiveness is losing”.

He also highlighted the participation that FAIM has in the Argentine Agroindustrial Council (CAA). “From day one we are part of everything that is beneficial for the country, such as the Agroindustrial Law that we present to the Government from the Council, and that sooner rather than later will have repercussions in our area.”

Finally, Cifarelli said that among the main objectives of the chain are the “Internationalization” of all firms in the activity, and the combat of marginality in the sector.