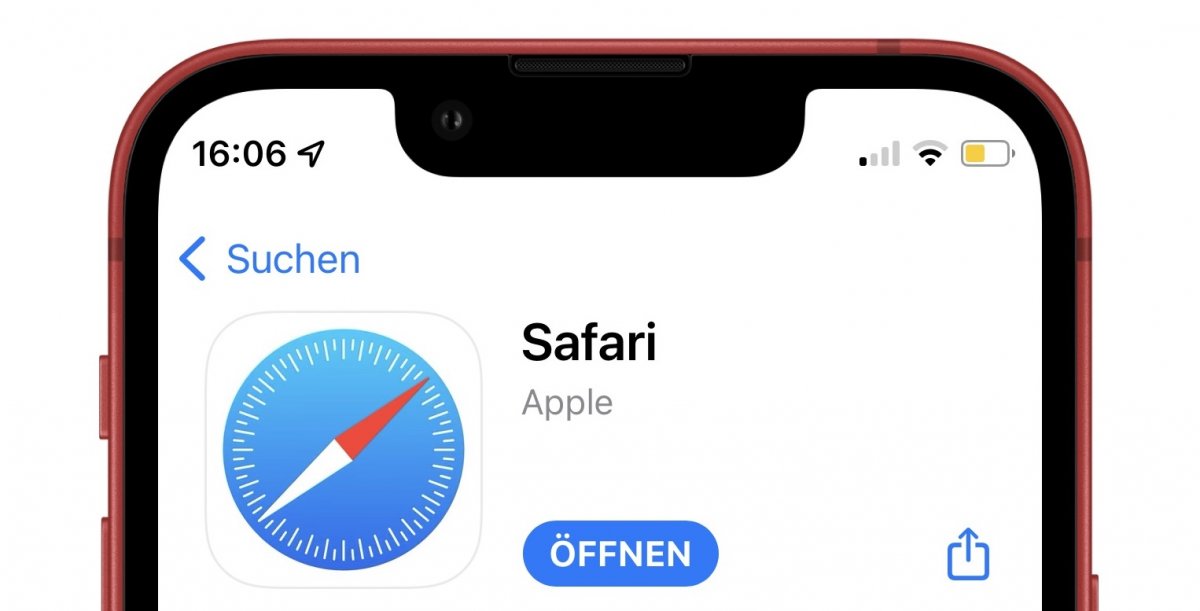 Against allegations of competition: Apple provides integrated apps in the App Store

Apple has now included the pre-installed iPhone apps in the App Store. For the first time, customers can see their data protection labels directly, compare them with other apps and leave ratings for the programs. The Apple apps represented in the app store now include central software such as the Safari browser, the phone app, the Messages app for communication via iMessage and SMS, as well as cameras, clocks, photos and health.

Deletion not (yet) possible

The step could serve as preparation for a deletion function: In the US, senators have now presented a draft law that is intended to force large platform operators such as Apple and Google, among other things, to make preinstalled apps generally deletable. Permanently integrated apps such as Safari, Telephone and iMessage cannot yet be deleted from iPhones and iPads.

It has only been possible to remove certain Apple apps such as Mail, Maps and Notes since iOS 12 – these can be found in the App Store so that they can be downloaded again. However, Apple has not yet provided updates for the apps in this way. For a few weeks now, it has also been possible to rate all Apple apps available in the App Store – a further step in countering allegations of preferring your own apps.

Apple is also responding to criticism from third-party developers and app providers, after all, pre-installed apps inevitably have a significant advantage. With regard to market regulation, Apple repeatedly emphasized that it was not dominant in any market and that all app providers were treated equally – the app store rules would also apply to Apple apps. As developers quickly noticed, Apple’s Safari browser is currently approved for ages 4 and up, while all other iOS browsers are only available for download by adults (17+) due to the free internet access.