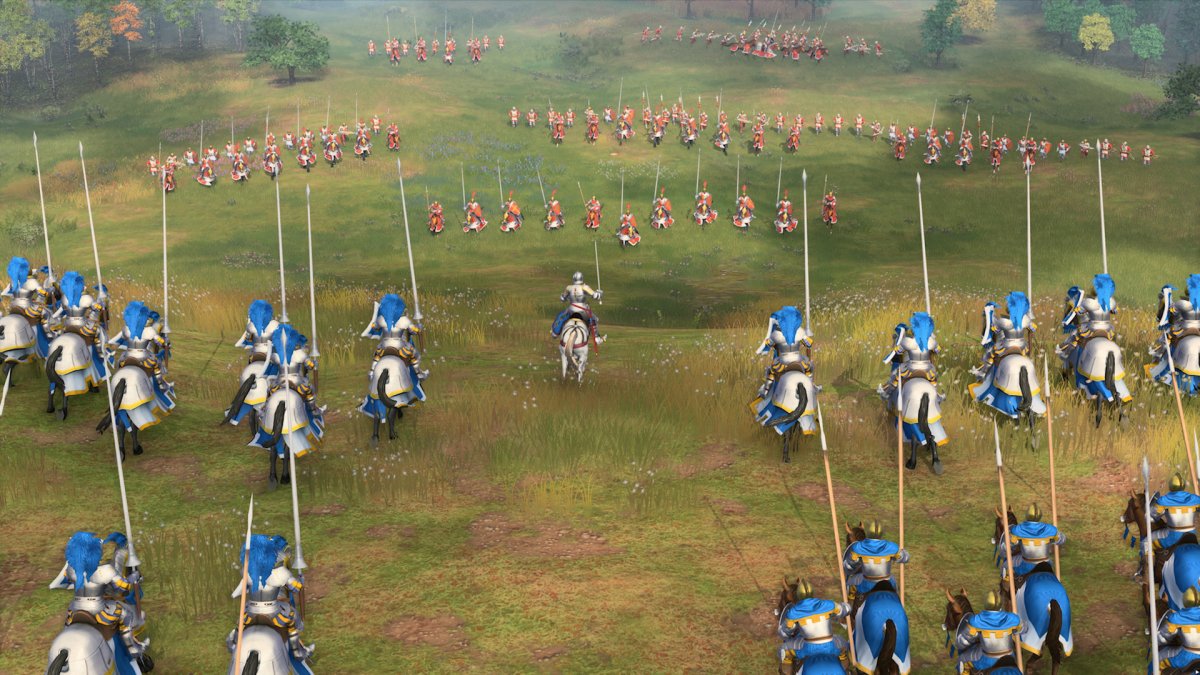 “Age of Empires IV” in the test: As if it were yesterday

“Age of Empires IV” is a time machine. The medieval strategy game takes players back to a youth when after school it was better to liberate Scotland with William Wallace than to do homework for history class. It’s a journey back to the golden age of real-time strategy, when around the turn of the millennium you could still argue wonderfully about whether “Command & Conquer”, “WarCraft” or “Age of Empires” represented the high point of the genre.

Today, none of these game series still play a major role. With the sequel, now sixteen years after the third part, one has to wonder why. Because “Age of Empires IV” not only arouses nostalgic feelings, but is still just as much fun as it used to be. And that, although it hardly changes his recipe for success: You build a medieval village, train a few riders, knights and rammers and burn down your enemy’s village with them. So everything as always?

Getting started is easy, “regardless of whether you are a long-time fan or a complete newcomer,” as the game itself promises. Developer Relic Entertainment refrains from experiments, which means veterans feel at home immediately and beginners are not overwhelmed. As always, the economic cycle gets by with just four resources: food, wood, gold and stone. With a click of the mouse, otherwise lazy villagers can be sent to cut wood, cultivate fields and build barracks.

From which the first military units plop after a few minutes of play. Rangers lay down infantrymen, spearmen fight well against mounted units, and the fast cavalry put an end to archers. This rock-paper-scissors principle reveals more exceptions in the course of a game than German grammar, at the latest when the unique units of the eight playable races intervene in the fight. In the end, the simple scissors, stone and paper tend to become more advanced versions of scissors, stone, paper, lizards and Mr. Spock. When the mounted archers of the Mongols ride into the barricades of the English long archers, which were suddenly set up by special abilities, the simple rule of thumb has long since lost its meaning.

The art of war at your fingertips

The closer the big decisive battles come to the end of a game, the more important such tactical little ones become. If you don’t group your units, get them into formation, position them advantageously in the terrain and trigger the right special skills at the right moment using a shortcut sequence, you will soon experience your first Waterloo on the medium level of difficulty. Age of Empires IV is controlled with the mouse, but at least as much with the keyboard.

Despite all the preparation and planning, the knights do not keep rank or rank in battle and their armor melts into a large ball. Then at the latest you will be stuck without memorized keyboard shortcuts – double click, CTRL + 1, Y, long mouse click, Q, V, A -. Incidentally, this combination marks all visible longbow archers, assigns them the shortcut “1” and moves them out of the fray in a row, where they set up palisades and then hold their position. Phew!