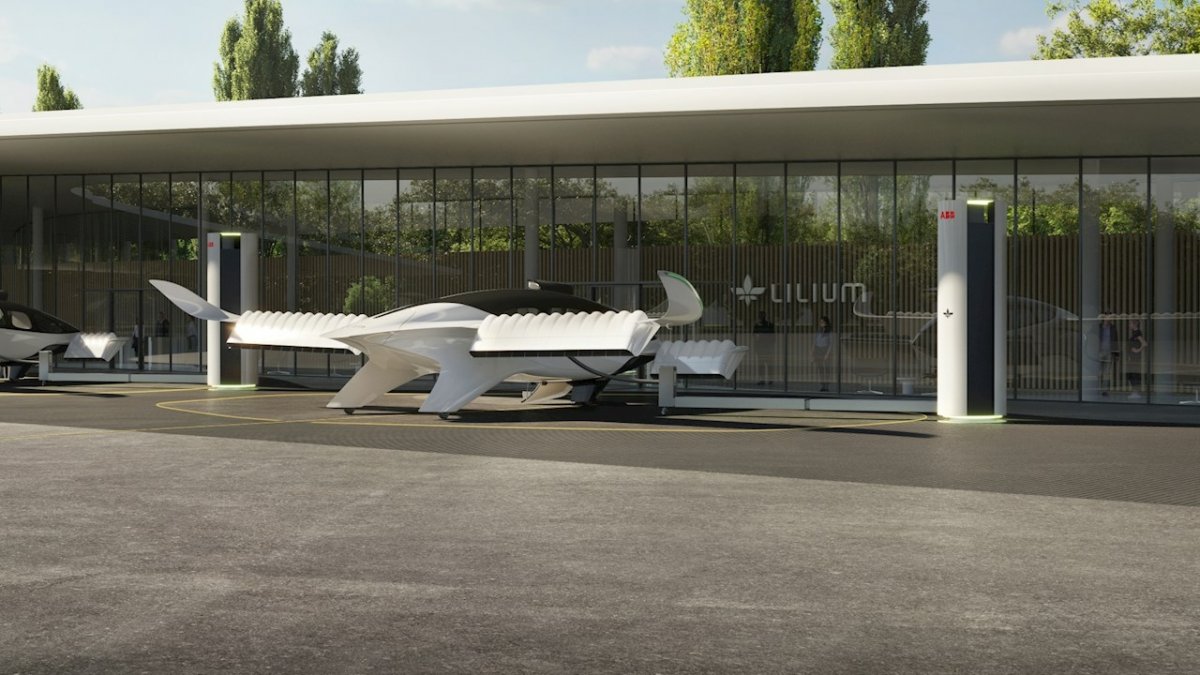 The ABB charging stations are designed in such a way that they can fully charge the batteries in around 30 minutes and up to 80 percent in 15 minutes. 20 to 25 flights per day should be made possible per aircraft, it says in a Lilium announcement.

Lilium is planning a regional flight network consisting of so-called Vertiports. They should have several parking spaces and high-performance charging stations. ABB wants to develop a “MegaWatt Charging System” (MCS) for this purpose, which will enable charging with direct current (DC) of up to 1000 kW. It could also be used to charge heavy electric vehicles such as trucks and buses. MCS should support the necessary standards for interoperability.

In August it was announced that the Brazilian airline Azul was negotiating with Lilium for the delivery of 220 Lilium jets. In its announcement, the company also speaks of wanting to become commercially active in Florida and Germany.

The second factory is scheduled to go into operation in 2025.
(Image: Lilium)

The Lilium Jet is said to be 8.5 m long with a wingspan of almost 14 m. The aircraft offers space for up to seven people, it is supposed to fly at a cruising speed of 280 km / h up to 250 km / h and take off and take off vertically can land.