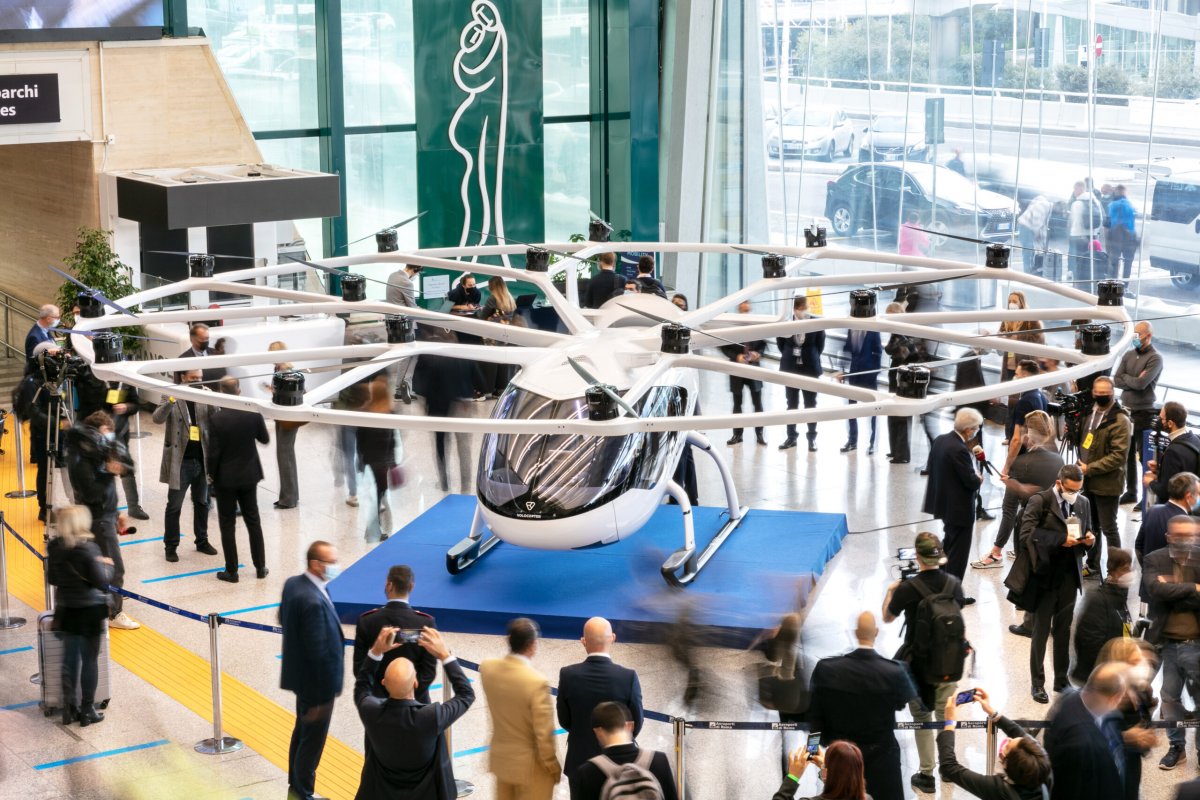 Air taxi: Rome, Nice and Venice should have Vertiports by 2024

The airport operators in Rome, Venice, Nice and Bologna want to get involved in a joint company for the construction and management of Vertiports. The first three cities are to have such landing sites for vertically taking off and landing multicopters by 2024, according to a communication from the joint venture called Urban Blue.

The German manufacturer Volocopter is also involved in the plans to set up Vertiports. With the Volocity it is developing an aircraft for metropolitan areas as well as a heavy-duty drone and a four-seater. In addition, Urban Blue is said to have made contact with other e-VTOL (electric Vertical Take-Off and Landing aircraft) manufacturers, it says in a message from Rome.

It was previously known that Volocopter would initially offer an air taxi service in Singapore and Paris. More were planned in the USA, Europe and Asia, it was said so far; with the new announcement, further plans become concrete. The company is pursuing the approach of not just providing the aircraft, but an ecosystem with all the necessary components that air taxis need in cities.

Vertiports are an integral part of the concept of the German Volocopter competitor Lilium. This is planning a regional flight network equipped with such landing sites. The charging infrastructure for the electrically powered aircraft will come from ABB.

The Volocopter flew over Singapore for the first time in October 2019.
(Bild: Volocopter / Nikolay Kazakov)

So far, no air taxi can be seen in the sky, but Urban Blue speaks of a “promising form of sustainable mobility”. The market potential for Europe is estimated at a good 4 billion euros by 2030.

The second factory is scheduled to go into operation in 2025.
(Image: Lilium)