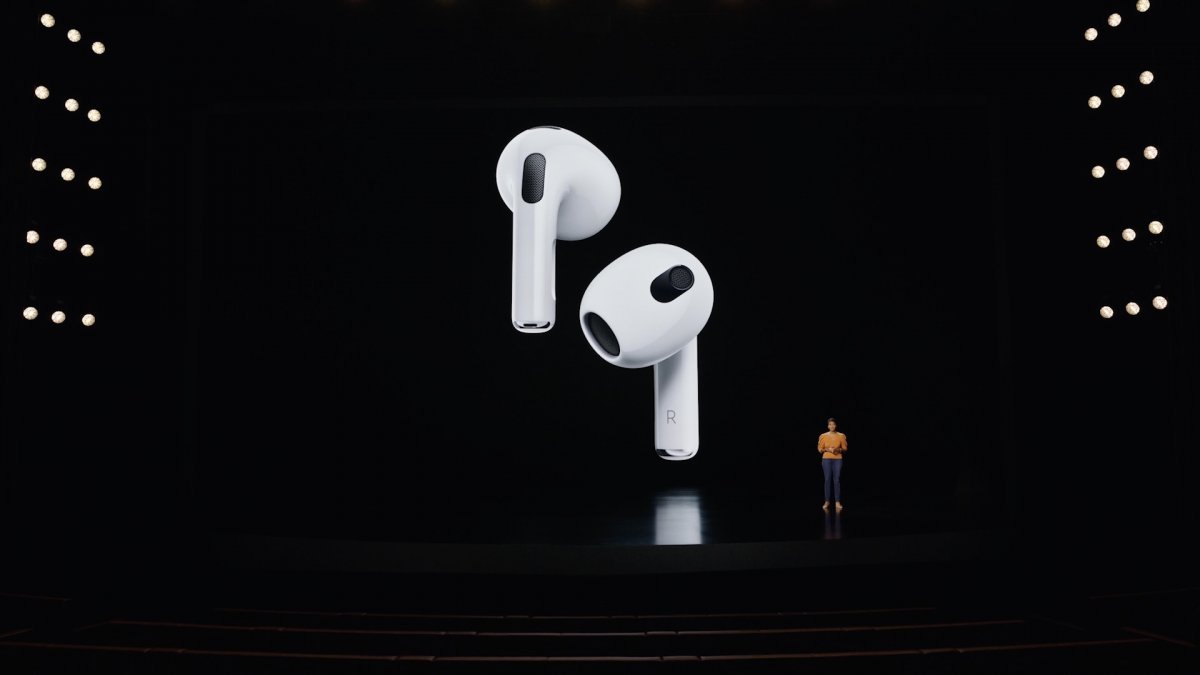 After over two and a half years, Apple has updated its wireless earbuds. While the AirPods 2 released in 2019 looked exactly like the first AirPods, Apple relies on a design for the AirPods 3 that is reminiscent of the AirPods Pro. The bars that house the batteries and microphone are shorter. According to Apple, the case is sweat and water resistant.

Surround sound, but no ANC

The third generation of AirPods remains largely true to the familiar design.

Using an adaptive equalizer (adaptive EQ), the AirPods 3 should automatically adjust the music again and again during playback. Like the expensive AirPods Pro and Max, the AirPods support 3D audio and can play Dolby Atmos in Apple Music or in films and series. You can also master head tracking: The listeners use built-in acceleration sensors to re-use the surround sound relative to the position of the head on the screen.

In contrast to the more expensive AirPods models, the AirPods 3 should apparently not offer active noise cancellation (ANC for short).

Apple promises a better battery life: If the AirPods 2 played music for up to five hours on one charge, the AirPods 3 should last up to six hours. As usual, the in-ears charge in a supplied battery case, which is supposed to offer four more charges, so that the AirPods can play for a total of 30 hours.

The AirPods 3 will cost 199 euros and can be ordered immediately and will go on sale on Tuesday, October 26th. Apple continues to offer the AirPods 2, the list price drops from 179 euros to 149 euros. The AirPods Pro

This message will be updated in the course of the evening.