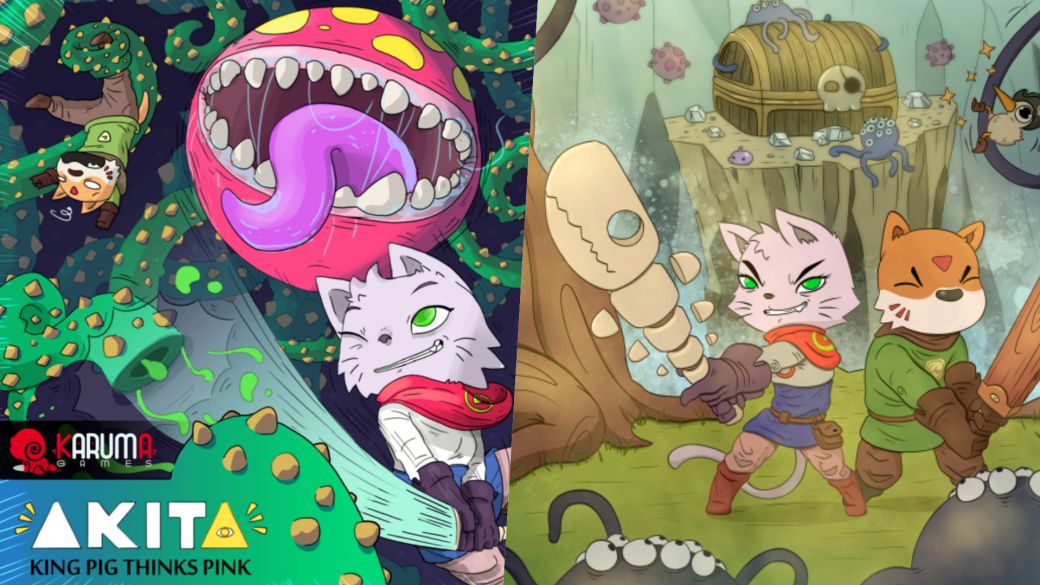 Akita: King Pig Thinks Pink It is a two-dimensional metroidvania with hand-painted scenes, paid by the Spanish studio Karuma Game Studio and from next September 7 it will seek funding through a campaign on KickStarter (you can follow it through the following link). The team, founded in 2018 and made up of four people, has not hesitated to show what their main sources of inspiration are: the art of Wonder Boy: The Dragon’s Trap, the playable elements of Hollow Knight and Shantae and the Seven Sirens, as well as Akira Toriyama’s sense of humor. Next we leave you his trailer.

Akita: King Pig Thinks Pink | All you need to know

The history of the game puts us in the shoes of Akita and Lucy, protagonists of the title. Both are forced to investigate the origin of a strange evil that is causing the appearance of monsters in the Kingdom of Fansia. The adventure offers the possibility of playing both alone and in the company of another person thanks to the cooperative multiplayer, which works locally. We leave you a review of the main features of the game.