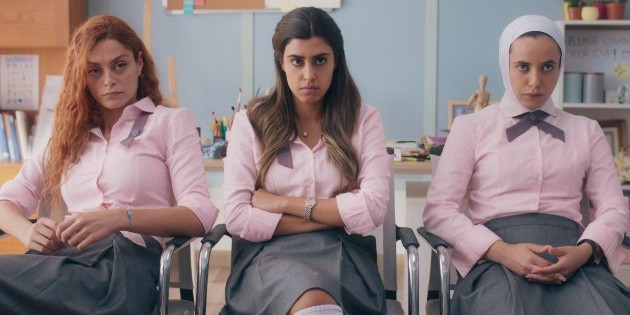 Al Rawabi’s School for Young Ladies: The Netflix Series to See If You Miss Elite and Sex Education

Throughout the history of cinema and series, we have seen hundreds of productions that take place in an institute. It is that the plots between students, with their doubts, their sexual awakenings and their own conflicts of adolescence, are a separate world in which several screenwriters internalized themselves. An example of this are two series that are all the rage in Netflix: Elite and Sex Education. Both conquered users thanks to their very particular characters, a perfect combination between drama and comedy and even their risque scenes.


If you miss seeing something similar to those two series with so many points in common and at the same time very different, a great option on the streaming platform is AlRawabi School for Girls, translated for Latin America as Al Rawabi Girls’ School. What is it about? Is a miniseries that originated in Jordan and that for the moment has only six episodes approximately, 45 minutes. An ideal proposal for marathons.

The series is very recent: it arrived in August of this year on Netflix and for many it is a hidden gem in the application. Mariam (Andria Tayeh), Noaf (Rakeen Sa’ad) and Layan (Noor Taher) are three young students who attend this female institute. After being victims of situations of bullying and intimidation that tortured them for quite some time, the trio begins to hatch the perfect plan by way of revenge. All of these circumstances grow to the point of becoming unpredictable.

Bullying, school fights, suspicious situations that get out of hand, harassment. All that seems to be a repeated figure between the series that show their protagonists during high school. However, each one manages to find a new look, ensuring that these productions are always among the most viewed content on the streaming platform.

The rest of the cast is completed by Yara Mustafa (Dina), Joanna Arida (Rania), Salsabiela (Roqayya), Nadera Emran (Faten Qadi), Reem Saadeh (Mrs. Abeer), Jana Zeineddine (Laila) and Ahmad Hamdan (Laith Radwan ). In its first episode, a violent incident leads to a interrogation at the school for young ladies. Does it look familiar to you? If you have seen Elite and you have been wanting more, this is definitely the series that you should add to your list.