Alarm in the United Kingdom: they fear a rise in infections for the coming weeks 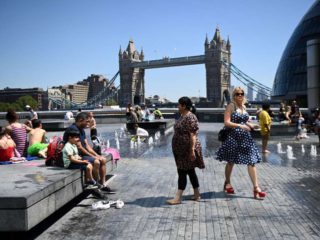 With three out of four Britons vaccinated with at least one dose of the vaccine against the coronavirus, the government of the United Kingdom warned this Thursday that the evolution of new cases of coronavirus is not progressing in the “right direction” and warned that it expects a rise in infections for the next few weeks.

The alarm set her off Jenny Harries, Head of the UK Health Security Agency, during a seminar online organized by the Royal Society of Medicine.

The official said that the data extracted from study models suggests that there will be a rebound in infections “In the next weeks”.

”We are making progress, probably as a country, but not in the right direction that we would all want ”, he admitted.

Three out of four people vaccinated

The alarm came at a time when the vaccination campaign was advancing at a rate that places Great Britain among the nations that have most immunized their population against COVID-19.

A few days ago, the Minister of Health, Matt Hancocksaid that 75.2% of the adult population in the UK have already received the first dose of the vaccine.

A total of 39,585,665 people have been vaccinated with the first of the two doses since the immunization program began nearly six months ago.

Harries said that “cases are on the rise” in the UK and pointed out that “it is becoming increasingly clear that we will start to see a new upload, not necessarily immediately, but in the next few weeks ”.

The latest official figures released this Thursday by the British Ministry of Health reveal that in the last 24 hours there were seven deaths due to the virus and 7,393 new infections.

The death toll stands at 127,867 since the beginning of the pandemic.

// Delta variant in Argentina: why is it dangerous and what care must be reinforced

Harries also said that COVID-19 patients being treated in hospitals are people who are not vaccinated or who have only had the first dose.

And he explained: “Due to the increase in hospitalizations, and the risk that there could be a further spread of the Delta (or Indian) variant, it is really very important to save lives that older people who are more at risk, who have not had their first or second dose, get vaccinated ”.

The specialist considered that it is early to be able to make decisions about the end of the social restrictions scheduled for the 21st of this month. In this regard, he said that we have to wait another week to have a clearer idea about the situation.