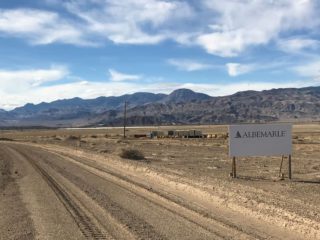 SANTIAGO, Sep 13 (Reuters) – A Chilean union of Albemarle Corp, the world’s largest lithium producer, said on Monday it rejected the company’s latest contract offer, leaving workers to hold a strike that has spread. for more than a month.

The “Albemarle Salar” union, made up of 135 members and comprising workers at the Salar production plant, began a strike in August after failing to reach an agreement with the US company, which maintains that the extension of the measure has not yet been reached. it has affected its lithium production.

The union said in a statement released Monday that the latest proposal offers nothing more than two previous offers that were also rejected and called it discriminatory as it would foster wage inequality among workers.

Albemarle told Reuters he regrets the union’s decision but rejected their claims of injustice, suggesting that the parties are still far from reaching an agreement.

“We regret the rejection of the fourth offer presented by the company due to the fact that the Workers’ Union of Planta Salar aspires to a bonus at the end of the conflict that is much higher than that of the other three unions with which we successfully concluded collective bargaining”, the company said in a statement.

Albemarle’s operations in Atacama, Chile, are a vital source of the ultralight white metal used in the batteries that power electric vehicles. Its main competitor, SQM, operates nearby.

The company, which reached labor agreements with its three other unions in Chile earlier this year, remarked on Monday that it has a “solid” contingency plan that ensures the satisfaction of its clients’ needs during the ongoing strike.

The union has denounced that the mining company has been transferring workers by helicopter to replace the strikers, a practice it describes as unfair.