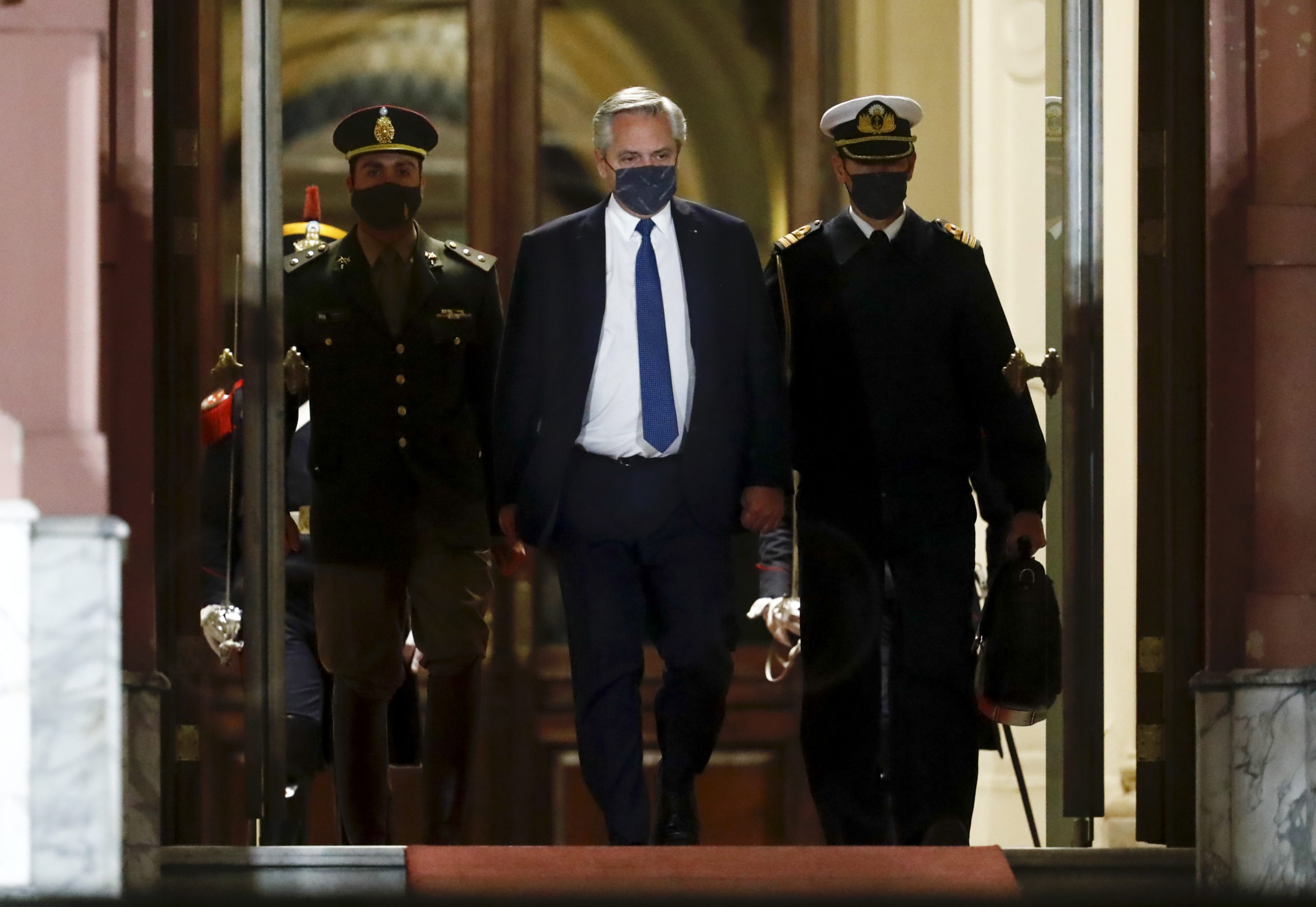 Alberto Fernández finally changed his Cabinet of ministers. Thus he yielded to the pressure of Cristina Fernández de Kirchner. After five days of open war between the president of Argentina and his vice, the palace crisis that paralyzed the country resulted in a triumph for women who, once again, have shown that they have power. Alberto Fernández sacrificed in the arm wrestling his chief of ministers and man of maximum confidence, Santiago Cafiero, and put in his place the governor of Tucumán, Juan Manzur, the man that Cristina Kirchner proposed for the position in an open letter that he posted on his social media on Thursday. In that text, the former president also targeted the president’s spokesman, Juan Pablo Biondi, whom she accused of operating in the press against her. Biondi presented his resignation this Friday.

Five other ministries changed hands. But the five Kirchner ministers who offered their resignation to the president on Wednesday remain in office. The Minister of Economy, Martín Guzmán, in charge of the negotiations with the IMF for a year to postpone the payment of the 44,000 million dollars that the multilateral lent to former President Mauricio Macri in 2018, also continues in his position. Cristina Kirchner called in the week to Guzmán to clarify that it was not true that he was asking for his head, as published in the local press.

The change of ministers was a demand from Cristina Kirchner to relaunch the government after the defeat in the primary elections last Sunday. The candidates of the ruling party to participate in the legislative elections of November 14 lost in 18 of the 24 districts of the country. The result had the effect of a tsunami in the Frente de Todos, the Peronist coalition that brought Alberto Fernández to power. The insistence of the president to support his team until the Legislative elections, where it is foreseeable that the ruling party loses control of Congress, dynamited the tense relationship that the Executive duo already maintained.

Cristina Kirchner then ordered the ministers who represent her to offer their resignation to push for change. Fernández yielded to the pressure. On the way he lost his most trusted man, Juan Pablo Cafiero, who will occupy the Chancellery but with an office outside the Casa Rosada; and accepted in exchange the replacement name proposed by Kirchner. The resignation of his spokesman is also a hard blow: every Kirchner attack against Biondi was considered in the Executive Branch a direct shot at Fernández.

In the rest of the positions there are old acquaintances of Kichnerism. Aníbal Fernández, twice Cristina Kirchner’s Chief of Staff, returns to the Government as Minister of Security; the same as Julián Domínguez, former president of Congress who will occupy the Agriculture portfolio. Also returning is Daniel Filmus, former Minister of Education now in charge of Science. Who remains in his post is Eduardo ´Wado’´de Pedro, the Minister of the Interior, in charge of relations with the provinces. De Pedro is the vice president’s man with the most power in the Cabinet. It was he who started the crisis this week when he resigned. The four ministers who accompanied him on the play will also remain in their posts.

With the changes, only two women remain among the 21 members of the Cabinet: Carla Vizzotti in Health and Elizabeth Gómez Alcorta as Minister of Women, Gender and Diversity. Sabrina Frederic, who used to occupy the Ministry of Security, is no longer part of the team.

Alberto Fernández refused to change, convinced that it was better to wait until November 14. But Kirchnerism pushed for changes that it considers “manual.” Cristina Kirchner said it clearly in her letter on Thursday: “Do you really believe that it is not necessary, after such a defeat, to publicly present the resignations and to make known the attitude of the officials to facilitate the President’s reorganization of his government? ? “

The pressure had results. We will have to wait now to find out if the Cabinet announced this Friday will only be a transitional one or will serve as a remedy for the wounds left by the fight between Fernández and Kirchner. The coalition was in danger, until the balance fell in favor of the vice president. From the list of names emerges a more weakened president and with less room to make his own decisions. The great unknown is whether, at least, it will serve to reverse part of the electoral disaster of last Sunday.