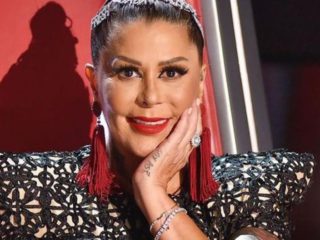 Alejandra Guzman It was one of those affected by the intense rains that occurred in recent days and which caused flooding in various parts of Mexico City. The singer was trapped in a “lagoon” caused by the rains.

Through their social networks, the daughter of Silvia Pinal and Enrique Guzmán shared with her followers images of the moment when she was stranded on an avenue, while traveling in her car, this due to the fact that the water level increased so that his vehicle was unable to continue moving forward.

As indicated in his Instagram stories, Alejandra Guzmán was accompanied by two friends aboard her car, which could not continue its route due to the flood. In the video you can see how the water surrounds the vehicle.

As the singer explained, police officers had to come to help them and helped them get their car out of the flood with a tow truck, because being in the middle of the avenue it did not allow anyone else to pass.

“Look at this (look at this): we are stuck here in a lagoon, Emiliano (his driver), my comadre and I …”A crane is going to pull us, how do you see? There are like a thousand policemen and we don’t let anyone pass, they are all standing there, look. They’ve already uncovered the drains. There they are uncovering a drain”, the singer is heard saying.

The vehicle of the interpreter of “Queen of hearts” was finally hooked to a crane that helped her to move forward despite the high water level. In addition, thanks to the collaboration of the police, it was possible to uncover the drains and clear the area so that citizens could transit.