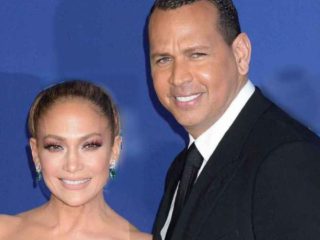 Last weekend, JLo was caught with the ‘Argo’ actor in a beautiful location in Montana.

Alex Rodríguez was saddened to learn that Jennifer López has had encounters with Ben Affleck, with whom she was engaged years ago.

This past weekend, JLo was captured with the actor in a beautiful place in Montana, and although the images do not show romantic attitudes, it is not ruled out that their reunion ends again in a love relationship.

Sources close to Alex Rodríguez, assure that the former baseball player was very affected, as he hoped to resume his relationship with the actress.

Someone close to Jennifer told E! News: “She wants to give Ben a chance, they never had an official closure on their relationship and she has always wondered what would have happened.”

Without a doubt, this love triangle will be the target of many reports, of which the end is totally unexpected.